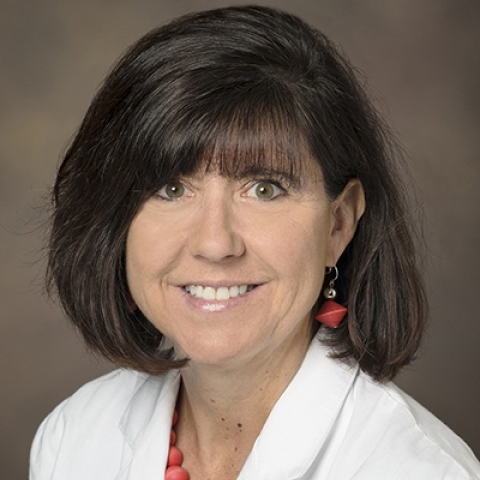 As also discussed at CHEST, asthma rates vary between genders—though there’s a more firm grasp on the what drives the trends, and when.

In an interview with MD Magazine®, Monica Kraft, MD, Department of Medicine chair at the University of Arizona College of Medicine – Tucson, detailed her session on interpreting gender sex differences in lung disease, and what clinicians need to know when monitoring and caring for women at risk of asthma.

MD Mag: What was the focus of your session on gender sex differences in lung disease?

Kraft: So we covered 2 topics: lung cancer, and asthma. It had 2 speakers: Dr. Lynn Tanoue from Yale, and me.

MD Mag: Speaking particularly to asthma, what does the differentiation look like?

MD Mag: Are there any differentiations in screening factors, or issues in interpreting symptoms? That seems to be a big issue in cardiovascular disease—that a woman may present with the exact same symptoms as a man, and during an assessment, it's just dismissed.

Kraft: That's a good point. I think we have more of an awareness that asthma is more common in women. But I think one of the bigger issues is wheezing, coughing, and shortness of breath can be other things besides asthma.

So maybe it's not as much of a gender issue, as opposed to making the right diagnosis, because there are other  lung diseases and cardiac diseases that can cause wheezing. They're saying all that wheezes isn't asthma. It's important to make that diagnosis.

MD Mag: Regarding the drivers of asthma: is there any difference that we see between the genders or even in patient age?

Kraft: Certainly, the hormonal levels are probably the biggest differentiation, if we're going to think about asthma and gender. So certainly, puberty and in young adulthood, estradiol or estrogen levels can actually potentiate certain types of inflammation relevant to asthma.

And animal studies have even shown this—even in male versus female mice. And then in humans, of course. So we think that the hormones play a particular role.

MD Mag: Do we see any differentiation in therapy and treatment response? Are there different recommended therapies?

Kraft: There can be some differences in therapy. I think the most obvious example is a sort of premenstrual asthma—meaning, it's worst right before menses. And in that case, there I'll often make therapeutic changes on a monthly basis to  really address that, and even consider using oral contraceptives in that case, for that reason. Obviously, they have other effects as well. But oral contraceptives can help.

MD Mag: Are there any big takeaway messages that clinicians should take when trying to understand the differentiation, and managing women with asthma?

Kraft: I think that asthma is more common in women, so it is more likely to be a diagnosis of a patient who presents with wheezing, coughing, shortness of breath. I think that's something to consider.

What we don't entirely know is whether they're less responsive to medications or not. I don't think that's necessarily been borne out. But certainly we want to think about how especially asthma and aging can also be an issue. So if you have this intersection of age and gender, that can really increase the prevalence of the disease. This is more of an awareness—that it's more likely to be asthma in a woman versus a man who might present with similar symptoms.

Click here to sign up for more HCPLive® content and updates.
Related Coverage >>>
Benralizumab Beneficial for High Eosinophil, Uncontrolled COPD Patients
Preeclampsia Linked to Negative CV Outcomes Following Pregnancy
Maternal Vitamin D Deficiency Increases Risk of ADHD in Offspring
You May Also be Interested in
Most Popular
The Fear of the Coronavirus, and the Reality of the Flu
Ustekinumab Successful as a Target Therapy for Crohn's Disease
Top 10 Painkillers in the US
Benralizumab Beneficial for High Eosinophil, Uncontrolled COPD Patients
Implementing Price Transparency Tools at Ambulatory Care Centers