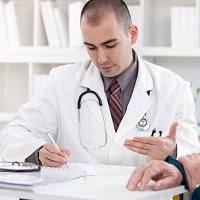 In the retrospective study, the investigators randomly stratified all the data into a training set and a testing set at a ratio of 8:2.

The team conducted multivariable logistic regression analysis with receiver operating characteristic curves constructed and the areas under the curve calculated to further validate with calibration and estimated discrimination. A nomogram was also developed.

Within 1 year following diagnosis, 24.25% of patients received intestinal surgery due to complications or disease relapse.

To further validate this, the investigators established the prognostic model, where the receiver operating characteristic curves and calculated areas under the curves (94.7%) confirmed an ideal predictive ability of the model with a sensitivity of 75.92% and specificity of 95.81%.

Accelerated therapeutic treatment could be beneficial for patients with progressive Crohn’s disease to prevent complications and surgery, suggesting that screening for risk factors and predicting the need for early surgery could be of clinical importance.

A team, led by Alekseis Sazonovs, Wellcome Sanger Institute, performed a genome-wide association study to identify variants linked to the time of development of anti-drug antibodies of 1240 biologic-naïve patients with Crohn’s disease starting anti-tumor necrosis factor (anti-TNF) drugs such as infliximab or adalimumab.

In the multicenter, prospective observation cohort, investigators identified the treatment failure rates of infliximab, the biosimilar CT-P13, and adalimumab. Patients were initially studied for 12 months or until drug withdrawal.

In the first year, study visits were scheduled at first dose, post-induction weeks 12-14, weeks 30 and 54, and at treatment failure.

The study, “Development of a prognostic model for one-year surgery risk in Crohn’s disease patients: A retrospective study,” was published online in the World Journal of Gastroenterology.