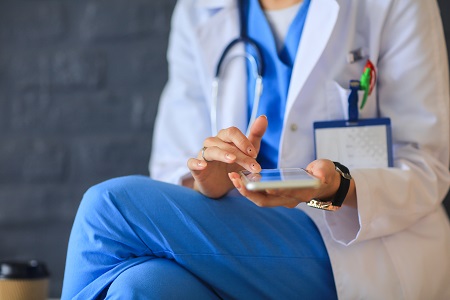 According to the Apple App Store, the app is owned by the New York City Health and Hospitals Corporation, and is compatible in both English and Spanish. It includes telephonic reminders on due dates for controller therapy refills.

The team reviewed electronic prescribing profiles for average 30-day dispensed refills for controller medications before and after downloading the app.

The observed patient population was 107 patients aged 2-18 years old with asthma controlled with inhaler medication. Mean patient age was 8.67 years old, with a near-even split of males (51%) and females (49%). A majority of patients were African American (84.2%), and 55% (n = 59) suffered from persistent asthma.

Investigators observed mean days for corticosteroid controller refills prior to app use was 51.22 days. After app use, it had decreased to 32.32 days (P <.001). Among patients refilling Montelukast prescription, mean days to refill similarly decreased from 53.28, to just 33.77 days (P = .001).

At a time when inhaler adherence remains a major driver of uncontrolled asthma—and when telemedicine measures such as digital inhalers are being introduced to better patient use—Gangadharappa and colleagues advocated for the use of sanctioned apps such as “Ask Me, AsthMe!”

“Based upon the improved 30 day refill rates of patients using “AMAM,” asthma app functionality should include telephonic medication reminders to encourage adherence,” they concluded.

The study, “Controller Medication Refill Rates in Underserved Pediatric Asthma Patients After Use of a Smartphone Application,” was presented at ACAAI 2019.