Minorities Disproportionately Cared for in ICU 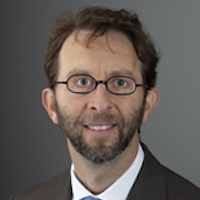 African American patients in the intensive care unit (ICU) are disproportionately cared for in minority-serving hospitals.

The primary outcome was death during critical illness hospitalization, while secondary outcomes included length of ICU and hospital stay.

Among the almost 1.1 million critically ill patients, 10% were cared for in 1 of 14 minority-serving hospitals. In those hospitals, there was a significant ethnic variation, with 25% of African Americans and 48% of Hispanic patients receiving care there. Only 5.2% of white patients received critical care in such hospitals.

Danziger and the team used a threshold of >25% African American or Hispanic ICU census to define a minority hospital. Patients in 1 of the 26 minority-serving hospitals, which served 177,186 patients, had higher mortality rates and less temporal improvement. Length of ICU stay and critical illness hospitalization were also higher in minority hospitals compared to non-minority (3.1±3.9 and 7.3±6.9 days vs 2.9±3.6 and 6.4±6.2 days).

It is unclear whether the disparity in care for minorities, especially African Americans, was due to an increasingly disadvantaged population or differences in the way hospitals used their resources, investigators noted. The data highlights the need for additional support for minority hospitals.