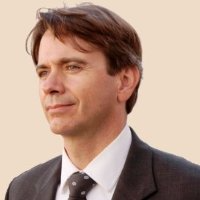 Marcus Plescia, MD, MPH
A survey of medical cannabis users in Minnesota shows 4 in 10 feel the drug has given them significant pain reduction.

The data are based on self-evaluations by 2174 patients enrolled in the state’s medical cannabis program during the last 5 months of 2016. Those patients were required to complete a pain, enjoyment, general activity (PEG) assessment on a scale of 1 to 10 prior to each purchase.

Those self-reports showed 42% of patients had pain reductions of more 30% or more. Nearly one-quarter of participants maintained the 30%-or-more pain-reduction threshold over the course of the study. Fifty-five patients reported severe adverse effects (sAEs).

Tom Arneson, MD, MPH, the research manager for the Minnesota Department of Health’s Office of Medical Cannabis, said the study is part of the state’s ongoing evaluation of its program. He said it is important not to overemphasize the results of the study since it comes with some significant limitations. The data is based mostly on self-assessment, with a small component based on physician surveys. The study also has no control group.

“However, I have spoken with several clinicians with patients enrolled in the program and they indicate the numerical data and patient statements included in the report generally matched their observations—that some patients appear to have benefitted very much and that many were able to reduce or get off their opioid medications,” Arneson told MD Magazine.

Arneson said the data should not be read as indicating that cannabis can be a replacement for opioids. However, he said the study does add important context to the ongoing re-evaluation of pain-management tactics currently taking place in clinics across the country due to the opioid addiction crisis.

“Our report adds to evidence that cannabis medications might have a role to play, but there is still too little known to have a clear sense of that role: for what patients, in what settings, what types of medical cannabis products, etc.,” he said.

Marcus Plescia, MD, MPH, the chief medical officer for the Association of State and Territorial Health Officials, said 29 states now have legislation enabling the use of cannabis for certain medical conditions. Of those, 8 have legalized marijuana for recreational use.

Plescia said the enactment of this legislation has put state health departments in a tricky position, since federal law still bans the use of marijuana, and thus the US Food and Drug Administration (FDA) has not approved the use of medical cannabis.

“We usually rely on the FDA to regulate medications, and this is a case where that regulation is not as strong as it would be with something where there are clear federal guidelines,” he said. “That’s probably the main concern we have.”

Plescia said another concern he has generally with marijuana legalization is that it might cause some people to assume marijuana has no harmful effects at all. He said there can be medical issues associated with marijuana dependence, and there’s also a question of what impact marijuana smoke can have on the lungs after long-term use.

That’s why Plescia said his organization wants to make sure states do a good job of tracking marijuana use and its effects.

“We want to make sure that as states pass these laws that they put in place robust surveillance systems,” he said. “That is a key point to us. We’ve got to monitor this and make sure have some way of looking at how this affects the general population.”

The results of Minnesota’s study, “Intractable Pain Patients in the Minnesota Medical Cannabis Program: Experience of Enrollees During the First Five Months,” are published online.