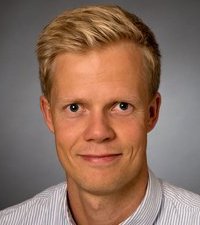 Kasper Adelborg, MD, PhD
A recent study showed that migraine may be a sign of more serious risks in some patients.

The study showed that after being diagnosed with migraines, patients were at higher risk of several cardiovascular problems including heart attacks and stroke. This could have implications for a larger population—about 13% of people in the United States have migraines, roughly 37 million, of which 2 to 3 million have a chronic form of the condition.

Led by Kasper Adelborg, MD, PhD, a postdoctoral researcher at Aarhus University Hospital, in Denmark, the study builds on previous research that has linked migraine disorders to heart attacks and stroke. The new population study allowed researchers to draw more specific links to some disorders such as myocardial infarction and ischemic stroke, and rule some others out. It is not yet clear if treatment can mitigate these risks.

The study was population-based, examining patients at all of the hospitals and outpatient centers in Denmark. The team identified 51,032 patients with migraines and matched them with 510,320 people from the general population based on age and gender. Patients were diagnosed with migraine between the ages of 22 and 47, on average. As women are disproportionately impacted by migraine, the sample was about 71% percent female.

The investigators used data on patients from 1995-2013, following the patients for 19 years after migraine diagnosis. They calculated the relative (RR) and absolute risk (AR) of patients going on to experience myocardial infarction, ischaemic and haemorrhagic stroke, peripheral artery disease, venous thromboembolism (VTE), atrial fibrillation or atrial flutter, and heart failure. In hopes of elucidating the mechanisms by which migraine and cardiovascular risks may be associated, the team also analyzed data on which patients experienced deep vein thrombosis, pulmonary embolism, or provoked VTE.

There was no association with peripheral artery disease or heart failure. The risks were highest within the first year of migraine diagnosis but remained somewhat elevated throughout the long term. They were also highest in those patients that experienced an aura with their migraines.

In addition to elevating patients’ risk of cardiovascular events, a separate study discussed in MD Magazine showed that those with migraines suffer more debilitating pain than any other type of chronic pain patients.

An editorial accompanying that study raised a call-to-action to increase resources for migraine research. Though the authors outlined a few possible connections between migraines and cardiovascular events, the causes and risks of migraines are not well understood, and with a high patient population, any increase in the risk of cardiovascular events has a large impact on the population.

The editorial’s authors suggested that “we now have plenty of evidence that migraine should be taken seriously as a strong cardiovascular risk marker [but] action to reduce risk is long overdue.”

The study, “Migraine and risk of cardiovascular diseases: Danish population-based matched cohort study,” was published in the British Medical Journal.

For more extensive coverage pertaining to headaches and migraines, check out MD Magazine's sister site, NeurologyLive. The Clinical Focus page serves as a resource for articles, videos, and information on newly released data and research.