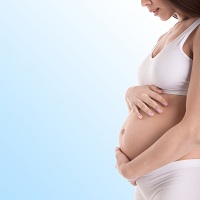 Pregnant women with severe acute migraine attacks may need to be considered as high-risk pregnancies; new research shows that the condition can lead to preterm delivery and other complications.

Pregnant women who have acute migraine attacks serious enough to prompt hospital visits are at an increased risk of experiencing problems both before and after delivery. These attacks are often accompanied by nausea, vomiting, visual disturbances, and light and sound sensitivity. A team from the Montefiore Health System explored the connection and will present the findings at the American Academy of Neurology’s (AAN) 68th Annual Meeting in Vancouver in April.

The researchers identified 90 women with severe migraine who had emergency care while pregnant at Montefiore. Further investigation revealed that: Women ages 35 and older were seven times more likely to experience these complications. “The results of this study were of particular interest because more than half of the pregnant women with migraine experienced some type of adverse birth outcome, suggesting that these pregnancies should be considered high risk,” study author Matthew S. Robbins, MD, director of inpatient services at Montefiore Headache Center, said in a news release.

Out of the 90 pregnant women with migraine who sought medical attention, 62% were treated with pill and intravenous (IV) drug combinations. Of those women, 76% took acetaminophen, 54% received IV metoclopramide, and 54% received IV diphenhydramine. It wasn’t described how different medications played a role in delivery and birth outcomes.

“These findings need to be replicated with a larger number of women, including those who have migraine that does not manifest with severe attacks during pregnancy,” Robbins concluded.

Click here to sign up for more HCPLive® content and updates.
Related Coverage >>>
Neurodegenerative Biomarkers in Cerebrospinal Fluid Not Linked to Narcolepsy
Jamak Modaresi Esfeh, MD: Finding Hepatic Encephalopathy
No New Recommendations for Cognitive Screenings in Older Adults
You May Also be Interested in
Most Popular
Gulf War Mystery: Why Is MS Onset Slower in Gulf Vets?
The Fear of the Coronavirus, and the Reality of the Flu
Fluoxetine Reduces Symptoms for Children with Autism Spectrum Disorders
New Immunotherapy Blocks Key Macrophage Checkpoint in AML Care
Top 10 Painkillers in the US