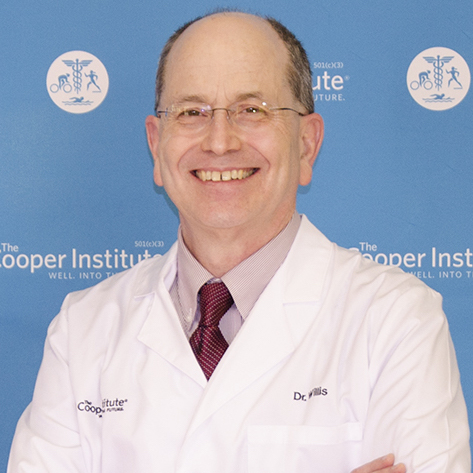 “The implication is simple. The more fit you are now the less likely you are to experience depression later in life or to die from CVD,’’ lead author Benjamin L. Willis, MD, MPH, the director of epidemiology at the Cooper Institute in Dallas, told MD Mag.

Previous research has documented the benefit of exercise in mediating both CVD and depression. But the association between midlife fitness with later depression and death from heart disease has not been evaluated, the researchers noted.

To investigate, Willis, in collaboration with the University of Texas Southwestern Medical Center, reviewed patient records of almost 18,000 generally healthy men and women. The data were collected from 1971 through 2009, and the patients were an average of about 50 years old.

The records included cardiorespiratory fitness, which was gauged by a treadmill test as part of a Cooper longitudinal study. The bottom 20% of participants were classified as lower fitness and individuals in the 60th percentile and above were labeled high fitness.

The researchers then used Medicare data to look for correlations between fitness at midlife to rates of depression and heart disease in older age. Patients were followed from the time they were eligible for Medicare coverage until their death or the end of the follow-up period in 2009. The results showed that keeping fit counts.

The people with a high level of fitness had a 16% lower risk of depression and a 61% lower risk of CVD mortality in later years compared with their less-fit counterparts. Even participants in the high-fitness category who were later diagnosed with depression nonetheless saw a 56% reduction in the risk of death from CVD, the team found.

“We were surprised by the long-term impact of physical fitness on CVD mortality even after a depression diagnosis,” Willis said. “We did not measure their fitness again, so it impressed us that a single measurement of fitness could be such a strong predictor of risk even 20 years later.”

Willis said early prevention can yield physical and economic benefits. Depressive disorders are common among older people and are associated with heart disease, a leading cause of death in the United States. As many as one-fifth of patients with CVD also may have depression, the team wrote. The cost of caring for patients rises when the 2 conditions are combined.

Exercise can help break that cycle, the study suggests. While it may be hard for a person to change his socioeconomic status or other factors that can lead to depression, he or she can improve his or her fitness—if even modestly.

“Anything is better than nothing and it’s never too late to start,” Willis said. “It is indisputable that aerobic exercise improves your cardiovascular function, but that doesn’t mean that you have to be in the highest fit category to reap the benefits of exercise.”

Most people can make progress. The US Department of Health and Human Services recommends a minimum of 150 minutes per week of moderate to vigorous aerobic exercise.

That means about 30 minutes a day, 5 days a week. “Less than half of American adults meet that minimum requirement,” Willis said.

“Any aerobic exercise such as brisk walking, jogging, running, swimming and cycling can have a big impact,” he said. “Start with what you can do and work your way up. Check with a physician before beginning a new routine.”

Further research should explore the causation between depression and heart disease and expand the findings. Participants in the current study were mainly male and Caucasian. “Additional studies are needed to better understand the differences in risk between males and females, or between other racial groups,” Willis added.

In the meantime, clinicians can play a role by encouraging people to exercise.

“We would like to see physicians put greater emphasis on physical fitness as preventive medicine, to improve quality of life, and to help keep healthcare costs down as we age,” Willis said. “There is a clear link between heart health and brain health.”

The study, “Association of Midlife Cardiorespiratory Fitness With Incident Depression and Cardiovascular Death After Depression in Later Life,” was published in the Journal of the American Medical Association Psychiatry.

Click here to sign up for more HCPLive® content and updates.
Related Coverage >>>
Depression Linked to All-Cause and Cardiovascular Mortality
AI Algorithm Identifies if SSRI Will Benefit Patients with Depression
Maternal Vitamin D Deficiency Increases Risk of ADHD in Offspring
You May Also be Interested in
Most Popular
The Fear of the Coronavirus, and the Reality of the Flu
Magic Johnson Celebrates Life 25 Years After HIV Diagnosis
Ustekinumab Successful as a Target Therapy for Crohn's Disease
Implementing Price Transparency Tools at Ambulatory Care Centers
Depression Linked to All-Cause and Cardiovascular Mortality