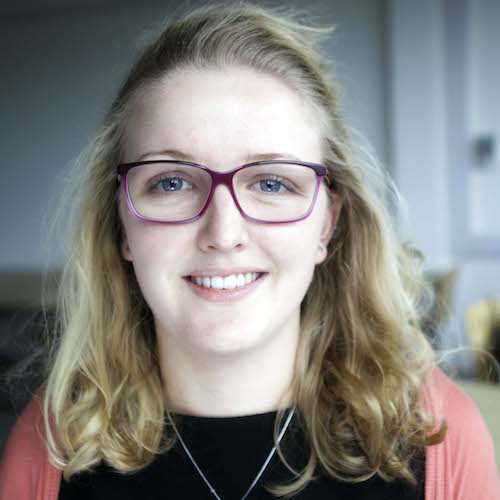 Nicola Cassels, BSc
A review focusing on the use of microperimetry as an imaging technique for evaluation of age-related macular degeneration (AMD) reported mixed results with the use of the novel technique based on the limitations of current research.

Lead study author Nicola Cassels, BSc, and corresponding author John M. Wild, PhD, DSc, with the Cardiff Center for Vision Sciences at Cardiff University in the UK, stated that while current research on the use of microperimetry as a stand-alone measure of functional assessment in AMD is limited, future research utilizing microperimetry and spectral domain optical coherence tomography (SD-OCT) could help provide a multimodal representation of AMD useful in developing of a "topographical classification system for all stages of AMD."

In their systematic review, Cassels, Wild and colleagues analyzed 52 articles focused on efficacy and imaging outcomes of microperimetry and/or the relationship between microperimetry outcomes AMD and other measures of visual function. Their review data determined that "over half the articles had "limitations relating to the quality of the microperimetry outcome (n = 18) and/or to the reporting of the SD-OCT methods and analysis (n = 11)" and that the reporting of outcomes in published research articles was "generally poor, particularly in regard to the description of the stimulus program."

Cassels wrote that microperimetry, or fundus related perimetry, is "similar to standard automated perimetry in that it measures the differential light sensitivity (DLS)" in patients to measure visual field function, but that one of the potential benefits of microperimetry is that the technique may be better able to accurately evaluate macular function in patients with retinal disease such as AMD. This, according to Cassels, is because microperimetry uses an "eye tracking system to correct the position of the stimulus for any changes in fixation."

The ability of microperimetry to correct, Cassels argues, makes it potentially useful in late stages of AMD when patients have difficulty fixating on visual stimulus. Theoretically, the technique might offer a way to assess visual function in AMD patients in a manner "more indicative" of functional loss than simple visual acuity (VA) testing, which the researchers stated is often insufficiently sensitive to detect the early stages of functional loss in AMD, she wrote.

The researchers argued that the limits of microperimetry studies suggests that it is currently "questionable as to whether microperimetry can correctly classify AMD disease severity" in part due to an inconsistent range of reporting methods and measurements which complicates comparisons between studies, the lack of a "robust statistical analysis software package for microperimetry," and a lack of clinical research into "dark adaptation in early AMD."

Despite their mixed findings during the review, Cassels, Wild and colleagues suggest that there is some promising evidence for "the use of microperimetry in the functional assessment of AMD." Microperimetry offers, according to review findings, "detailed topographic information relative to traditional measures of foveal function" and has proven superior to traditional VA in early AMD in some studies, but Cassels and Wild caution that more consistent research is needed to determine the true clinical value of microperimetry as a means to assess visual function in AMD.

Cassels and Wild ultimately suggest that although microperimetry alone is of indeterminate utility in connection with AMD given the technique's limitations and the limitations of the research produced in current studies, that the use of microperimetry in addition to other imaging modalities such as SD-OCT could aid researchers in developing a multimodal topographical classification system for AMD in all stages, something the authors write "represents an exciting prospect."

The review, "The use of microperimetry in assessing visual function in age-related macular degeneration" was published in the Survey of Ophthalmology.

Click here to sign up for more HCPLive® content and updates.
Related Coverage >>>
FDA Approves Two Prescription Allergy Eye Drops for OTC Use
Daniel Kiernan, MD: Developing Effective AMD Treatments
Subconcussive Blows Linked to Visual Dysfunction in Athletes
You May Also be Interested in
Most Popular
The Fear of the Coronavirus, and the Reality of the Flu
Clinical Implications of Using Voxelotor To Treat Sickle Cell Disease
Plant-Based Diet Linked to Improved Gut Microbiome, Cardiovascular Health
MOA of Voxelotor and the Effect of Oxygen on Brain Tissue
SUSTAIN Trial: Crizanlizumab in Reducing Painful Crisis