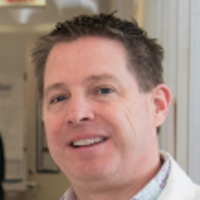 Microdiscectomy was superior to nonsurgical care in patients with sciatica lasting more than 4 months and caused by lumbar disk herniation, according to the findings of recent research.

Chris Bailey, MD, and a team of Canada-based investigators aimed to understand whether discectomy or a conservative approach was better for sciatica that lasted for several months. The findings showed that the surgery was more effective with respect to pain intensity at 6 months of follow-up.

Bailey, from the Department of Surgery at London Health Sciences Center at Western University in Canada, and colleagues screened 790 patients from 2010-2016 and enrolled 128 in the single-center trial. The team randomly assigned patients with sciatica that lasted 4-12 months and lumbar disk herniation at the L4-L5 or L5-S1 level to either undergo microdiscectomy or to receive 6 months or standardized nonoperative care followed by surgery if needed. Patients included were between 18-60 years old.

Patients who received nonsurgical treatment received education on day-to-day functioning, activity, and exercise, use of oral analgesics, and use of active physiotherapy provided from their physiotherapists. What’s more, the patients could receive an epidural glucocorticoid injection.

Those in the surgical group underwent microdiscectomy from a fellowship-trained spin surgeon.

The primary measure was the intensity of leg pin on a scale from 1-10, with higher scored indicating more severe pain at 6 months after enrollment. Additional outcomes included the score on the Oswestry Disability Index, back and leg pain, and quality-of-life scores at 6 weeks, 3 months, 6 months, and 1 year.

The mean age of the patients included in the study was 38 years old, with 41% of the population being female. Disk herniation was most common at the L5-S1 level.

Of those in the surgical group, 56 underwent the procedure 3.1 weeks after enrollment. More than 30% of patients who received nonsurgical care crossed over to have surgery at a median of 11 months (range, 2-25) after enrollment.

The mean baseline leg-pain intensity score was 7.7±2 in the surgical group and 8±1.8 in the nonsurgical group.

There were 9 patients who experience adverse events associated with surgery, and 1 patient had repeat surgery for recurrent disk herniation.

The findings suggested that microdiscectomy for patients with sciatica that lasted for 4-12 months and lumbar disk herniation was more effective than a nonsurgical, conservative approach in reducing pain intensity.

The study, “Surgery versus Conservative Care for Persistent Sciatica Lasting 4 to 12 Months,” was published online in the New England Journal of Medicine.