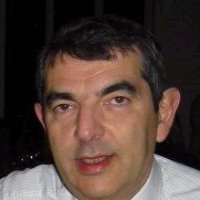 Roberto Gomeni, PhD
A proposed novel modeling of an oral methylphenidate formulation for attention-deficit/hyperactivity disorder (ADHD) goes beyond the traditional relating of in-vitro dissolution and drug release with in-vivo serum drug levels, to specify the amount and time of drug release which can best evoke clinical benefit.

"The objective of the paper was to present how a (computer based) modeling methodology linking drug exposure and clinical response can be used to identify the optimal drug-delivery mechanism appropriate for maximizing a clinical benefit of a treatment for ADHD," Gomeni told MD Magazine.

The study was funded by the US Food and Drug Administration (FDA) to establish improved pharmacokinetic metrics for assessing the bioequivalence of generic formulations of extended-release methylphenidate. Gomeni and colleagues undertook the additional step of linking pharmacokinetics to hourly ratings with an objective, observational rating scale of ADHD symptoms, the Swanson, Kotkin, Agler, M-Flynn and Pelham Scale (SKAMP). The convolution-based approach for in-vivo/in-vitro correlation modeling was described 2 decades ago by William Gillespie, PhD, FDA Office of Clinical Pharmacology and Biopharmaceuticals.

Although a clinical trial to test the predictions is planned, this first investigation used the population parameters established for Concerta (Janssen) 54mg as a reference, and compared clinical benefit in ADHD against "area under the curve" (AUC) of drug in serum over time from 0–12 hours and 0–24 hours after administration.

The modeling results suggest that optimal time for in-vivo release of the first fraction of the dose is sooner, and the time for delivering the second fraction is longer than what this formulation provides.  The rates of release were lower in the optimized scenario than what occurs. The fractions of the dose released in the first and second steps, however, are the same as predicted for optimal benefit.

The investigators also analyzed the necessary design of the clinical trial to test a product formulated with the new model, projecting that 20 subjects and 7 to 8 pharmacokinetic and SKAMP measures for each subject would be sufficient to provide results with a precision variance of 20%.

"The selection of optimal sampling times is critical when conducting pediatric population pharmacokinetic/pharmacodynamic studies," the investigators indicated. "Attention to the choice of sampling strategies can reduce the cost of the trial and burden imposed on the study's participants."

Gomeni commented on how such a trial, incorporating measures of clinical effect from an instrument like the SKAMP, would better serve the testing of a new extended-release methylphenidate formulation for ADHD than what is now required of New Drug Application (NDA) sponsors.

The proposed model-based approach for optimizing study design and clinical drug performance in ADHD was published in the December issue of Clinical Pharmacology & Therapeutics.

Click here to sign up for more HCPLive® content and updates.
Related Coverage >>>
Maternal Vitamin D Deficiency Increases Risk of ADHD in Offspring
Systematic Review Highlights Pediatric Medical Overuse
Medication Adherence a Major Issue for Children with ADHD
You May Also be Interested in
Most Popular
The Fear of the Coronavirus, and the Reality of the Flu
Machine Learning Model Could Predict Outcomes Following Cardiac Arrest
Ketamine Could Be a Reliable Alternative for Pain Relief, Sedation in ICU
How to Spot a Bad Doctor
Vaping Guidance Aids Respiratory Disease Screening and Care