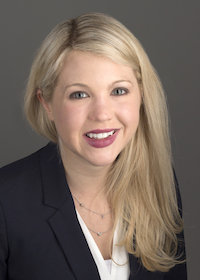 The study also included patients who received the systemic biologics acitretin, adalimumab, and infliximab, who did not have a significant difference in the rate of overall serious infections compared to those who received methotrexate.

"Doctors and patients may want to consider the risks of infection when choosing a systemic treatment for patients with moderate to severe psoriasis," said Dommasch.

The observational cohort study used claims data from 31,595 patients in Optum Clinformatics Data Mart and 76,112 patients in Truven MarketScan from 2003 through 2015. These patients were diagnosed with psoriasis and were new users of acitretin, adalimumab, apremilast, etanercept, infliximab, methotrexate, and ustekinumab.

There was not a difference in rate of overall serious infections among patients using acitretin, adalimumab, and infliximab compared with methotrexate. However, analysis of the data by type of infection showed that cellulitis was a significantly increased risk for patients using acitretin compared to methotrexate (HR, 1.76; 95% CI, 1.11-2.80; P = .02).

"In addition to being potentially more effective than methotrexate, some of the newer targeted treatments for psoriasis may also be safer for patients in terms of risk of infection," said Dommasch of the study results.

Even newer systemic treatments for plaque psoriasis, such as tildrakizumab (Ilumya) and risankizumab (Skyrizi) were not included in the study as they were approved by the US Food and Drug Administration (FDA) after the study timeframe, in March 2018 and April 2019, respectively.

Dommasch commented that these results should factor into prescribers’ considerations when deciding on therapies for individual patients. "This study demonstrates how researchers can use 'big data' to help compare the safety of different medications for patients with psoriasis," she said.

The study, “Risk of Serious Infection in Patients Receiving Systemic Medications for the Treatment of Psoriasis,” was published in JAMA Dermatology.