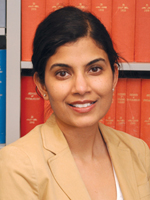 Results of a recent National Eye Institute(NEI)-funded trial are offering ophthalmologists more perspective on which treatments for uveitis may be most effective for their patients.

In an effort to compare antimetabolites as corticosteroid-sparing treatments for uveitis, investigators from the University of California San Francisco organized the First-line Antimetabolites As Steroid-sparing Treatment (FAST) uveitis trial. The multicenter, randomized, parallel, observer-masked trial was conducted across 9 referral eye care centers in Australia, India, the United States, Saudi Arabia, and Mexico.

For inclusion in the trial patients needed to be at least 16 years old and have active noninfectious intermediate uveitis, posterior uveitis, or panuveitis in at least 1 eye. Patients were also required to have a justification for starting corticosteroid-sparing therapy. Patients were randomized in 1:1 ratio to receive either methotrexate or mycophenolate mofetil.

All patients completed study visits at baseline, 2 weeks, and every 4 weeks up to 6 months. If patients experienced success with the treatment it was continued for another 6 months. If treatment failed, patients were switched to the other antimetabolite and followed for an additional 6 months.

When randomziation began, patients received an initial dose of 15 mg weekly oral methotrexate or 500 mg twice daily oral mycophenolate mofetil for 2 weeks to ensure tolerability. The dose was subsequently increased to a maintenance level, which was 25 mg weekly for the oral methotrexate group and 1.5 mg twice daily for the oral mycophenolate mofetil group.

Investigators noted that patients were prescribed oral prednisone  at baseline — in doses of 1 mg per kg or 60 mg daily — and tapered according to e Standardization of Uveitis Nomenclature (SUN) guidelines with a goal of tapering to 7.5 mg daily at month 6.
The primary outcome measure of the study was defined as treatment success at the patient level, which investigators considered to be achieving corticosteroid-sparing control of inflammation in both eyes at month 6.

A total of 216 patients were included in the trial, of which the median age was 38 years old and 62.5% were women. A cohort of 194 completed follow-up through 6 months.

Additionally, investigators noted elevated liver enzymes were the most common nonserious laboratory adverse event. These events occurred in 13% (n=14) in the methotrexate group and 7.4% (n=8) in the mycophenolate group.

"Based on this head-to-head clinical trial, methotrexate is as good as or better than mycophenolate for treating uveitis. That's important because the prior literature and a survey on treatment preferences suggests most clinicians believe the opposite. Now we have a randomized trial to provide guidance on treatment." said lead investigator Nisha Acharya, MD, MS, of UCSF. "Additionally, there's a cost difference in the U.S. where mycophenolate to control uveitis is over five times more expensive."

This study, “Effect of Corticosteroid-Sparing Treatment With Mycophenolate Mofetil vs Methotrexate on Inflammation in Patients With Uveitis,” was published online in JAMA.