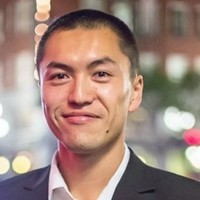 In an effort to understand current trends in metabolic syndrome, a team of investigators provided an update on prevalence trends in the US from 2011-2016.

Robert Wong, MD, MS, and a colleague used data from the National Health and Nutrition Examination Survey to evaluate trends in metabolic syndrome prevalence among adults at least 20 years old. The survey data were cross-sectional, stratified, and a multistage probability sample of the US population taken from 2011-2016. The unweighted response rates ranged from 58.7-69.5%.

Metabolic syndrome was defined based on the National Cholesterol Education Program’s Adult Treatment Panel III. Patients needed to have at least 3 of the following: waist circumference greater than 102 cm in men or 88 cm in women, triglyceride level greater than 150 mg/dL, high-density lipoprotein cholesterol less than 40 mg/dL in men or less than 50 mg/dL in women, systolic blood pressure at least 130 mm Hg or diastolic blood pressure at least 85 mm Hg or taking hypertension medications, or fasting plasma glucose level at least 100 mg/dL or taking diabetes medications.

Wong and the team used weighted data to estimate the unadjusted prevalence of metabolic syndrome. They stratified the data by age group (20-39, 40-59, and at least 60 years old), sex, and race and ethnicity.

While the investigative team found the overall increase in prevalence did not meet statistical significance, there was a significant increase among young adults, and prevalence remained high for those at least 60 years old. The team noted the importance of implementing prevention strategies, including lifestyle modification and the use of medications targeted at those at the highest risk.

The study, “Trends in the Prevalence of Metabolic Syndrome in the United States, 2011-2016,” was published in JAMA Network Open.

Click here to sign up for more HCPLive® content and updates.
Related Coverage >>>
FDA Approves Implantable Heart Rhythm Monitoring Devices
Use of ACE Inhibitors/ARBs Linked to Lower Colorectal Cancer Risk
Study Identifies Potential Type 2 Diabetes plus Dry Eye Biomarkers
You May Also be Interested in
Most Popular
Consequences of Poor Sleep in the Elderly
Why Do Some People Get HIV After Exposure But Others Don't?
Top 10 Painkillers in the US
Immunosuppressive Agents for MS Can Be Lethal in Chagas Disease
Denise Daley, PhD: Early Asthma Interventions for Infants