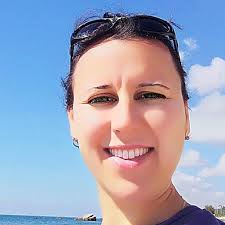 Simona Lattanzi, MD
In the absence of head-to-head trials between 2nd and 3rd generation antiepileptic drugs (AEDs), a network meta-analysis was conducted to help providers decide between agents to provide safe and effective monotherapy for newly diagnosed focal epilepsy.

Simona Lattanzi, MD, Neurological Clinic, Department of Experimental and Clinical Medicine, Marche Polytechnic University, Ancona, Italy, and colleagues pointed out that while monotherapy represents the best therapeutic option for newly diagnosed patients, there are insufficient data to choose between AEDs.

"In the recent years, 2nd and 3rd generation antiepileptic drugs have been directly compared to carbamazepine-controlled release (CBZ-CR) as initial monotherapy for patients with newly diagnosed focal epilepsy," Lattanzi told MD Magazine®. "Conversely, no head-to-head trials have been performed, and comparative data on drug efficacy and tolerability are not available."

AEDs are initially approved as adjunct treatments, the investigators explain, with their utility as monotherapy subject to evidence of their efficacy and safety from conversion-to-monotherapy trials with historical controls for the US Food and Drug Administration (FDA), or from non-inferiority trials as monotherapy for the European Medicines Agency (EMA).

Neither approach provides sufficient data to select an optimal agent as monotherapy for particular patient requirements and tolerance, according to Lattanzi and colleagues.  "There is little evidence of how AEDs should be chosen, and practice recommendations are mostly empirical," they indicated.

The investigators conducted a network meta-analysis (NMA) as a possible method for selecting an optimal AED for monotherapy in newly diagnosed focal epilepsy. They describe the NMA as a new technique which could offer an objective comparison of alternative treatments when no direct comparisons are available.

The investigators sought out randomized, double-blind, parallel group monotherapy trials comparing a 2nd and 3rd generation antiepileptic drug to CBZ-CR for non-elderly patients (16-60 years of age) with newly diagnosed epilepsy and focal-onset seizures. Four trials were identified which included 1334 subjects receiving CBZ-CR and 1441 on the comparative AEDs. The trials had been conducted with levetiracetam, zonisamide, lacosamide, and eslicarbazepine. Lattanzi and colleagues rated the trials as having low risk of performance, detection, or selective reporting bias.

Approximately half the patients were seizure free after any first treatment, and the NMA did not reveal statistically significant differences between the AEDs in the 6- and 12-month measure of seizure freedom. There was also no statistical differences between the agents on treatment emergent side effects, other than a statistically significantly lower discontinuation rate associated with side effects with lacosamide compared to CBZ-CR.

"This high response rate is reassuring, but it also translates into great responsibilities in the selection of the initial drugs," the investigators wrote.

With the NMA not adequately distinguishing between the AEDs to guide the choice of monotherapy, that challenge remains, Lattanzi told MD Mag.

"Currently...knowledge of the pharmacological compounds should guide the clinical decision-making to provide the best individualized treatment and optimize resource allocation," Lattanzi said. "A variety of features including frequency of administration and ease of dosing, pharmacokinetic properties, risk of drug-drug interactions, tolerability profile, comorbidities and concomitant medications, patients' age and preferences should be considered in the choice."

Click here to sign up for more MD Magazine content and updates.
Related Coverage >>>
Post-Stroke Health Better Among Young Minority Patients Than White Patients
Antipsychotic Use Increases Fall Risk for Alzheimer Patients
Ambroxol Shows Potential as a Parkinson Disease Drug
You May Also be Interested in
Most Popular
Overcoming Physician Burnout During the Winter
The Birth of a New Decade: Will We Finally Improve Maternal Care in the US?
Marking Gains in Developing, Delivering Treatment for ALS
Burden of Sickle Cell Disease
Top 10 Painkillers in the US