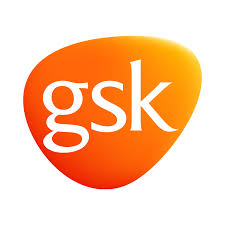 The findings indicate mepolizumab’s benefit for the rare inflammatory disease, and advance GSK’s plans for regulatory submission of the therapy for an HES indication in 2020.

The pivotal phase 3 study was a randomized, double-blind, placebo-controlled trial observing the efficacy and safety of subcutaneous mepolizumab 300 mg every 4 weeks in 107 adolescent and adult patients with severe HES.

Investigators sought a primary endpoint of statistically significant reduction in patients experiencing HES flare—defined as the worsening of symptoms or eosinophil threshold which requires a therapy escalation—when mepolizumab is added to standard of care treatment.

Investigators also reported improved fatigue scores among mepolizumab-treated patients (P = .036) and a consistent safety profile with that previously known of the IL-5 inhibitor. Gerald Gleich, MD, an allergist and immunologist from the University of Utah, noted mepolizumab’s benefit is in reducing blood eosinophil levels—a benefit to patients of various eosinophil-based inflammatory diseases.

“These data are very promising and should provide hope for patients affected by this rare, life-threatening condition caused by eosinophilic inflammation,” Gleich said in a statement.

HES is characterized by a group of rare inflammatory disorders of eosinophil overproduction. Over time, most forms of the disease will cause inflammation and organ damage, with complications ranging from fever and malaise to respiratory and cardiac issues. It currently affects about 20,000 people globally.

Though its use is commonly associated with severe eosinophilic asthma—for which it was approved for treatment by the US Food and Drug Administration (FDA) in 2015—mepolizumab previously received Fast Track and Orphan Drug designations by the FDA for HES.

The therapy was also previously approved as an add-on maintenance treatment for patients with eosinophilic granulomatosis with polyangiitis (EGPA), and is being investigated for nasal polyposis and chronic obstructive pulmonary disease (COPD).

But it’s now with this rare condition which GSK anticipates pipeline development.

“Mepolizumab has the potential to change the treatment landscape for patients with HES which is a complex and debilitating disease with limited therapeutic options today,” Hal Barron, MD, Chief Scientific Officer and President of R&D at GSK, said.