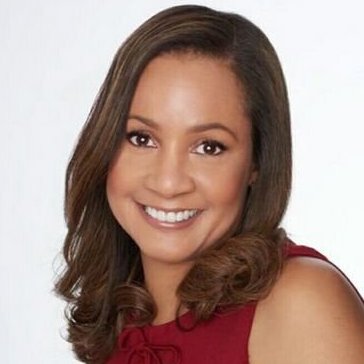 National mental illness prevalence and severity have both worsened in recent decades. Annual suicides have increased in all but 1 state since 1999, and firearm self-harm incidences have increased significantly in areas of the country in just recent years.

Following a discussion on mental illness as a public health issue at the 2nd Annual Advancing Mental Health Policy: Better Together Forum in Washington, DC, Regina Davis Moss, PhD, associate executive director of Public Health Policy and Practice for the American Public Health Association talked with MD Magazine® about what she sees firsthand as the major drivers of mental health burden, and what constitutes it as a public health matter.

MD Mag: If you can put into scale, in relation to other public health concerns we have right now: what is the concern behind mental health in the US right now?

Moss: Many think of climate change and other issues that are the topics du jour. But I really do think mental health should be up there with them. There's the statistic that 1 in 5 are affected by a mental illness, and that's about 20% of adults in the country. But we haven't even talked about children, in 2 ways: they are looked at as most promising in terms of where we should be targeting our efforts, and they're also experiencing mental health and behavioral health challenges that can also exacerbate this issue.

I talked briefly about how depression has emerged as a risk factor—not only because it's a chronic illness, but because it can lead to so many other health problems. Also, so many individuals now are dealing with depressive illnesses. So I really do think it should be a major public health priority.

MD Mag: There is this sort of bridge—structurally, socially, and maybe internally-minded among us—that there is a difference between behavioral health issues and mental health issues. What sort of efforts are ongoing, or what needs to be done, to better bridge those 2 together?

Moss: Again, it's awareness. I think that we really have to do a better job of helping people understand what the issue is, how this issue manifests, how it presents. I think a lot of challenges are that most people with what we would diagnose by current DSM or whatever guidelines as a mental illness or behavior problem, people don't actually see that as a problem. They see it as part of the daily life, or just part of this narrative.

I am an example of that. When I had my son, I was going to into my graduate program. I was under a lot of stress. I had a pretty high-risk delivery, and I just let it roll off my back and kept going. I couldn't really process that at all. I mean, it was traumatic. And I think that happens to a lot of people—that we're not really able to distinguish between a difficult life circumstance or mental condition for which we should seek help.
Fortunately, I was able to move forward from it, but a lot of people don't know when it's time to seek help.

MD Mag: It's seems like there is a better understanding that that's not a resolution anymore. We're getting away from this punitive sense of addressing mental illness as it being something wrong with the person, and treating it more as like an opportunity to provide care.

Moss: Absolutely. We are giving more recognition that there are things that can be helpful. There is a recognition that notions of "toughen up," or you know, "I had to go through that, and you're going to be okay," are just not going to cut it anymore.

We're living in different times. Particularly, when we're looking at kids, they are experiencing a lot of traumatic events. I mean, we're not even talking about some of our vulnerable population. Think about what happened in Florida. We have kids who have to worry about being killed by their classmates. As we work in various communities—I have a story of a kid who, every day when she goes to school, she walks past the place where she was sexually assaulted.

What kind of frame of mind is she in for learning? Or, how about kids having to walk through a metal detector? Or kids who have not had running water or electricity, so they can't wash their clothes, so they probably don't have the best hygiene and are more than likely bullied because of that. All of these things have an impact on mood, behaviors. Some kids may use that as a means to be disruptive or act out.

Not to say that these weren't challenges before, but I do think that for whatever reason, we're seeing in kids that the coping is just not there. And that is why we're seeing higher rates of suicide in younger populations. We're seeing it in kids 8 and 9 years old. People will say, "What kind of troubles or trauma makes you want to take your life?"

MD Mag: We have this new CDC report out showing suicide has increased by 56% among young adults. Does this data surprise you?

Moss: No. Most of the mental health problems for kids are related to their family and the environment in which they're raised. And then later in adolescents, you see the unsafe home environment. Then, couple that with any other adverse life events that they had—food insecurity, a parent abusing substances—there are a lot of things that they're having to deal with where there's really not an escape.

Social media doesn't help with that. I don't mean to say that as a as a negative because I really do think social media is neutral. But it's just the way that people are utilizing it, and whether or not they know when to engage with it. There's really not an escape, like there was in other times. So no, unfortunately that doesn't surprise me.

You have to think about the violence. I mean, it has increased tremendously over the years. The things we're seeing happening on a daily basis have an impact on young mental health.

MD Mag: Just to rally off of what you just said regarding social media: I also like to think of it as it is neutral. I think what its effect is, is amplification. So if you find a beneficial space on there, it's going to strongly help. If you're having a hard time—if there's harassment or drivers of worsening state of mind—it's certainly making it worse. But it does becomes a net sum neutral. And I'm glad you brought that up.

Something I've noticed is that a lot of the therapeutic indications, and a lot of hope we have for pharmacokinetic treatment of say, depression—the therapies and the indications we're often seeking are for extreme cases. It's for patients with major depressive disorder, who cannot be treated with psychoanalytic therapy. It's nothing that's really like an initial care. And it concerns me, because you consider the fact that a lot of patients have limited to no access at the start of their conditions, it seems.

We don't have a lot of people at the front line telling them to go see a doctor until it's well progressed, or to advance from speaking to their school counselor to a clinical psychiatry, who's going to start addressing it in that matter. Are we missing a middle ground between initial disease and illness and the point of care?

Moss: Absolutely. I mean, that's the whole point. I mean, we want to stop you from having to go to the doctor in the first place, and having to be on medication indefinitely. So that's why we're saying this is a public health issue. There's a number of reasons: it impacts a large amount of people, and it's a leading cause of injury and disease. And that's both in intentional suicides and unintentional harm. We know that people with a mental condition are more likely to engage in substance abuse, and that can lead to things like motor vehicle accidents. This is the context of how we look at this—it can even contribute to chronic disease.

It also has burdens, economically. When you're not in care—if you have not been screened early on and haven't taken steps to address it early on, then you're going to see the doctor more for those chronic diseases, or you're not going to go to work, because you're not productive in a depressive episode.

It really does behoove us to want to prevent this. One of the things we to try to do in public health is really look at those root causes and get in at that point. We would really argue for things like screening for depressive illness or mood disorders, and then intervening early.

We have seen success when we screen for things like prostate cancer or even diabetes. That's a classic example of what happens if you screen early and intervene. I know it's not the same if it requires ongoing treatment, but you can have a more effective outcome. Because you're early on, you're identified, you're connected to care, and in the continuum of care.

MD Mag: That's a great answer. And I think it's a good looking-forward message of where we got to get to. Is there anything else you'd want to add, relative to this talk?

Moss: They're estimating that, by next year, mental illness will be the second most common cause of disability in the world, following heart disease. Back to the point of this being a public health challenge: it's not only because of that, but because so many people are impacted by this. And sometimes it's a difficult life situation that causes it, but sometimes not.

And we really have to get to the point where people understand that they should seek care. But we also should be doing other things to promote mental health. The things that we are always discussing in the social determinants of health—early childhood intervention, nutrition needs, childhood education so we can learn, succeed, get a diploma, and earn living wages—are important. So are childhood development programs that help with skills making them better able to cope, and social economic empowerment.

I mean, I can go on and on—housing, violence prevention programs, community development—anything that is going to help lessen stress is going to go a long way to helping improve mental health, which is not an issue that's going to go away.

Click here to sign up for more HCPLive® content and updates.
Related Coverage >>>
Banafsheh Kashani, MD: Uterine Fibroids and the Importance of FDA Approvals
Baloxavir Effective in Preventing Spread of Flu
Epimacular Brachytherapy Ineffective Against Neovascular ARMD
You May Also be Interested in
Most Popular
Denise Daley, PhD: Early Asthma Interventions for Infants
Top 10 Painkillers in the US
Opinion: Fellow Physicians, Please Stop Devaluing Your Medical License
How to Spot a Bad Doctor
Flu Cases Near 30 Million in the US, CDC Reports