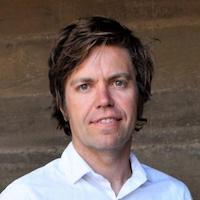 Findings of an analysis of nearly 2.5 million patients showed that individuals aged 60–69 years old experienced a pattern of decreasing mental health, while physical and general health remained stable or improved.

David Rehkopf, ScD, MPH, an associate professor of medicine at Stanford University School of Medicine, and colleagues examined trends in general, physical, and mental health measured in US adults who were at least 60 years old. The investigators found that trends in decreasing mental health were greater for individuals with lower income or education than those with higher income or education.

The trends identified by Rehkopf and his team may have important implications for future life expectancy, disability, and the ability for older individuals to engage productively in society.

The team used population data from the Behavioral Risk Factor Surveillance System, a telephone survey given by state health departments with help from the Centers for Disease Control and Prevention. Overall, 2,432,609 respondents participated in the survey—62% women, 6.5% black, 3.2% Latinx, 41% had a household income of $35,000 or less per year, and 10% had less than a high school education.

Individuals between 60–69 years old had a significant decrease in mental health over the time period (3.5% increase in number of mentally unhealthy days per year [P <.001]).

To a varying degree, gender, income, and education all affected the mental health of patients at least 60 years old. For example, those with a household income below $35,000 per year experienced more poor mental health days per month (2.9 days in 2003 to 4.1 days in 2017).

The worsening of mental health is not associated with the Great Recession and could be because of the effects of labor market conditions as individuals age.

The trends on mental, physical, and general health could affect life expectancy and disability, the investigators concluded.

The study, “Trends in Mental and Physical Health-Related Quality of Life in Low-Income Older Person in the United States, 2003 to 2017,” was published online in JAMA Network Open.

Click here to sign up for more HCPLive® content and updates.
Related Coverage >>>
Young Mothers Face More Mental Health Hurdles
FDA Approves CM-1500 Blood Volume Monitor
VistaScan Mobile UltraSound Platform Receives 510(k) Clearance
You May Also be Interested in
Most Popular
The Fear of the Coronavirus, and the Reality of the Flu
Opinion: Fellow Physicians, Please Stop Devaluing Your Medical License
Federal Funding in Pain Research Falls, But Project Pipeline Grows
Data Support Long-Term Efficacy for Opioid Therapy for Chronic Non-Cancer Pain
What Should I Do With This Abnormal ALT?