Men Twice As Likely to Die from COVID-19 Than Women 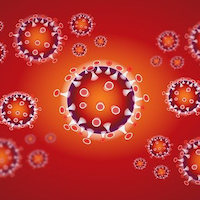 Although men and women were equally likely to contract coronavirus disease 2019 (COVID-19), recent study findings showed men were more likely to suffer severe effects of the virus and die.

The findings suggested that additional care could be required for older men and those with underlying conditions.

After Jin-Kui Yang, MD, PhD, and investigators noticed that the number of med dying from COVID-19 appeared higher than the number of women, the team sought to learn if men were more susceptible to getting or dying from it.

Yang, a physician at Beijing Tongren Hospital in China, and colleagues extracted data from a series of 43 hospitalized patients they treated, a public data set of the first 37 cases of patients who died of COVID-19 and 1,019 who survived in China, and data of 524 patients with SARS, including 139 deaths from Beijing in 2003.

Among the data from the case series of the 43 hospitalized patients, the median age was 62 years old. The most common symptoms were fever (95.3%) and cough (65.1%). Fewer than 40% of patients had >1 underlying disorder.

Both symptoms and comorbidities were similar between men and women, though men had a higher level of hemoglobin and elevated serum creatinine, white blood cells, and neutrophils.

Using a chi-square test, the investigators found that men’s cases of COVID-10 were more serious than women’s (P=.035).

The patients who were deceased were significantly older (median 70.3 years old) and had a higher percentage of >65 years old patients (83.8%) compared to those who survived.

Although the ages were similar between men and women diagnosed with COVID-19 who died and survived, of the deceased, 70.3% were men and 29.7% were women—2.4 times the odds. Men and women had the same susceptibility, but men were more probe to dying (P=.016).

Among those with SARS, fever (98.4%) and cough (76.9%) were the most common symptoms. More than half (57%) had >1 underlying condition, including hypertension, diabetes, cardiovascular diseases, and chronic lung diseases.

Patients who died of SARS were older than those who survived (57 years old vs 32 years old; P <.001). Despite the age of deceased patients being significantly higher, ages were comparable between both men and women.

The findings highlighted that although men and women had the same susceptibility to COVID-19, men were 2.4 times more prone to dying.

Additional research should be conducted to learn why men with COVID-19 have worse outcomes than women. Studies should also include a larger study population.

The study could have important implications for patient care, and the study authors suggested it might be necessary to give older males additional care and prompt access to the ICU.

The study, “Gender Differences in Patients With COVID-19: Focus on Severity and Mortality,” was published online in the journal Frontiers in Public Health.