Positive Results for Medication Aimed at Reducing Opioid Use Post-Surgery 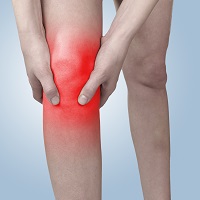 The phase 3b study represents a follow-up study to the phase 2b study completed in 2018. The new study was designed to evaluate the decrease in pain and opioid use with HTX-011 when used with a regimen of generic oral analgesics.

HTX-011 is a dual-acting, fixed-dose combination of the local anesthetic bupivacaine with a low dose of the nonsteroidal anti-inflammatory drug meloxicam.

It represents the only extended-release local anesthetic to demonstrate in phase 3 studies significantly reduced pain and opioid through 72 hours compared to a bupivacaine solution.

The investigators found that the mean pain scores remained in the mild range for 72 hours following surgery and 75% of patients were discharged without needing opioids.

The median consumption of opioids was 4-5 pills of oxycodone (22.5 morphine mg equivalents) through 72 hours.

The combination treatment was well tolerated throughout the study, with no deaths, serious adverse events, or premature discontinuations due to adverse events reported.

In the past, HTX-011 was studied as treatment for hernia repairs and bunionectomies.

In January, Heron reported 90% of patients receiving HTX-011 with a regimen of over-the-counter oral analgesics—acetaminophen and ibuprofen—did not require opioids through 72 hours post-hernia repair surgery.

In March, the company reported 77% of patients did not need opioids 72 hours post bunionectomy after receiving the same treatment regimen.

According to Barry Quart, President and Chief Executive Officer of Heron, more than 47,000 patients in the US died due to an opioid overdose in 2017.

Quart also said more than 1 billion pills are prescribed to patients following surgery, which when coupled with a lack of effective alternative regimens, contributes to the rising death toll.

"The results from recent studies in TKA, hernia repair and bunionectomy demonstrate that HTX-011 can effectively reduce pain and allow the majority of patients to be discharged without opioids," Quart said in a statement.

Heron then submitted a New Drug Application (NDA) later in October 2018 and received a Priority Review designation in December.

The FDA sent a Complete Response Letter in April relating to chemistry, manufacturing and controls, and non-clinical information. However, no issues regarding clinical efficacy or safety were noted.

Heron resubmitted the NDA in September.