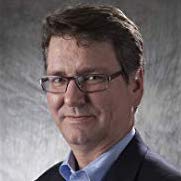 But considered resolutions to that issue may harbor setbacks to rare disease orphan drug development; one organization projected that 3 proposed US House and Senate bills could increase rare disease manufacturer obligations by at least 400%.

Using modeling of the proposed changes and their effect on obligation for a few rare disease therapies and their manufacturers, RAAP executive director Michael Eging noted such companies could face anywhere from a 400% to 2000% increased burden in due government pay to comply with the altered plans.

“When you talk with investors and those in the community that really are interested in rare disease—when they look at potential products, the pitch has to be very, very powerful to overcome some of the marketplace challenges,” Eging said. “So this directionally raises the bar, and makes it more challenging.”

RAAP estimates approximately 5% of the currently identified 7000 rare diseases have an available treatment—making the orphan drug market what Eging calls as much a labor of love as it is a leap of faith.

“Unfortunately, these rather sweeping one-size-fits all plans could actually devastate the orphan drug market that serves patients who already have few options—if any—and that don't operate as large-scale markets because of the number of patients impacted,” he said.

A dramatic increase in manufacturer costs—brought on by legislative response to concern surrounding significantly increased beneficiary true out-of-pocket costs in coming years—could result in the cutting of patient services, clinical trials, or patient populations altogether. Much moreso than drug research for common conditions, rare disease manufacturers rely on an “all hands on deck” approach to compensate for reduced funding and overall potential sales.

“When you’re looking at about 6500 diseases that still need investment and therapeutic alternatives, you can see that the unmet medical need is substantial,” Eging said.

Though Eging and RAAP concur all 3 proposals would bolster patient healthcare affordability relative to the current Part D benefit program, they could alos have a less-visible impact on the development of establishing “winners and losers” in disease therapy investments.

RAAP’s report concludes with a call for lawmakers to consider the value of incentivization in drug production and research, and to exercise caution when considering means to better patient healthcare access. Fragile markets like that of rare disease drug development may be at stake, they argue.

“This analysis shows that policymakers need to be rational and understand basic economic principles about impacting rare disease companies that will affect the lives of millions of people,” they conclude.

The report, "Changes in Medicare Part D Benefit Design Can Impact Availability of Future Treatments," was published on the RAAP website.

Click here to sign up for more HCPLive® content and updates.
Related Coverage >>>
Is an Immediate Annuity for You?
Half of Sickle Cell Patients Dissatisfied with Emergency Department Care
Kenneth Koblan, PhD: SEP-4199 Showing Promise Treating Bipolar Depression
You May Also be Interested in
Most Popular
Baloxavir Effective in Preventing Spread of Flu
Denise Daley, PhD: Early Asthma Interventions for Infants
RA Patients With ACPA or RF Positivity Less Likely to Discontinue Abatacept
Why Is Colchicine So Expensive Now?
When to Suspect Diarrhea is Symptom of a Clostridium Difficile