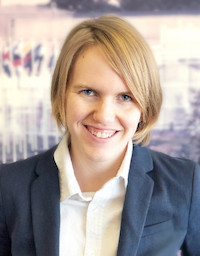 Contrary to earlier research, a study looking at data through 2017 has indicated that legal medical marijuana does not reduce deaths caused by opioid overdoses.

Investigators, led by Chelsea Shover, PhD, a postdoctoral researcher at Stanford University, wrote that “the observed association between these 2 phenomena is likely spurious rather than a reflection of medical cannabis saving lives 10 [years] ago and killing people today.”

Investigators believe that there must have been other factors at play in the states that legalized medical marijuana use early. Keith Humphreys, PhD, professor of psychiatry and behavioral sciences at Stanford University and senior author of the study pointed out that those states had different policies and conditions. He shared the example that in those states fewer people were incarcerated for using drugs.

"If you think opening a bunch of dispensaries is going to reduce opioid deaths, you'll be disappointed," Humphreys said. "We don't think cannabis is killing people, but we don't think it's saving people."

Investigators wrote that if access to cannabis is the factor associated with decreased opioid overdose deaths, states with recreational marijuana would have the most negative association while those with low-THC restrictions would have less negative, perhaps even positive associations.

Shover et al. pointed out that the wide confidence intervals for states with both the least restrictive and most restrictive cannabis use laws include strong positive and negative associations as well as no association.

In addition to pointing out some of the potential confounding factors (state incarceration rates, naloxone availability, access to insurance and services, etc) the authors noted that only about 2.5% of the US population uses medical cannabis. This, they wrote, makes it unlikely that medical marijuana policies have significantly affected population-wide opioid overdose rates.

"There are valid reasons to pursue medical cannabis policies, but this doesn't seem to be one of them," Shover said, adding a call for more research and new policies to reduce deaths from opioid overdoses in other ways.

The study, “Association between medical cannabis laws and opioid overdose mortality has reversed over time,” was published in Proceedings of the National Academy of Sciences.