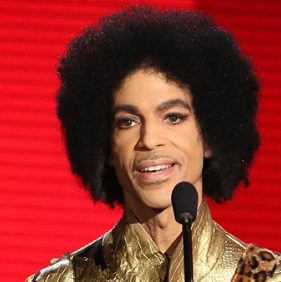 Confirming off-the-record reports that drug abused figured in the April 21 death of the musician and composer Prince, the Midwest Medical Examiner's Office today released a report saying the 57 year old died of a self-administered dose of fentanyl.

As reported in the Minneapolis Star Tribune, the investigation had long focused on Prince's abuse of painkillers.

He reportedly had chronic pain from a hip injury due to years of jumping off speakers in high heels.

Though he was seeking treatment for opioid addiction, he continued to use the drugs.

Fentanyl. a synthetic opioid is used in anesthesia, is commonly sold illegally and misused by addicts. It is potent and addictive and prescribed only when patients have failed to get relief with other painkillers. The medical examiner's report offered no information on how Prince obtained the drug.

According to the newspaper, Prince was also being treated for fatigue, anemia, and concerns about opiate withdrawal by a local physician, who was cleared of any implication he had prescribed the fentanyl.

On the day his death was announced, his publicist had reported that flu was suspected in his death. The medical examiner's report listed fentanyl as the only cause.

The announcement comes as health officials throughout the US are concerned about an increase in improper use of opioids and opioid addiction. About 48 million people in the US take opioids and an estimated 10% become addicted.