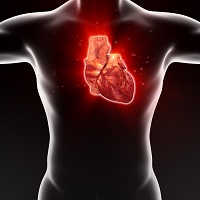 A recent observational study has found that counties in state that expanded Medicaid had significantly smaller increases in cardiovascular mortality rates compared to nonexpansion states.

Using the Centers for Disease Control and Prevention’s Wide-ranging Online Data for Epidemiologic Research to obtain cardiovascular mortality rates in individuals 45 to 64 years of age from 2010 to 2016 from all 50 states and Washington DC. Investigators obtained data on percentages of residents who were female, black, Hispanic, living in poverty, and unemployed form the US Census Bureau and the Bureau of Labor Statistics. Investigators also obtained the median inflation adjusted income.

The primary outcome for the study was county-level, age-adjusted cardiovascular mortality rates per 100,000 adults in the study age group. For sensitivity measures, investigators also examined rates among residents between the ages of 25 and 64 and the ages of 65 and 74.

Authors noted several limitations within their study. They were unable to make a causal association between expansion and differences in cardiovascular mortality rates between the 2 groups of counties. Despite the target of Medicaid expansion being low income adults, the study’s outcome measured all income categories. Investigators did not analyze individual disease to explain which were driving the overall mortality trend.

Based on the results of the study, authors suggest that policymakers need to further debate for additional changes to the eligibility and expansion of Medicaid.

The study, titled “Association of Medicaid Expansion With Cardiovascular Mortality,” is published in JAMA Cardiology.

Click here to sign up for more HCPLive® content and updates.
Related Coverage >>>
Scheduled Follow-Ups May Not Be Necessary for Pediatric Bronchiolitis
Very Early Spring Onset Associated With Asthma-Related Hospital Admissions
Higher Resilience Linked to Lower Burnout Rates for Physicians
You May Also be Interested in
Most Popular
Denise Daley, PhD: Early Asthma Interventions for Infants
View From the Trenches: Does Patient Portal Data Entry Work?
E-patients: What You Need to Know and How You Can Help Them
Top 10 Painkillers in the US
Banafsheh Kashani, MD: Telemedicine for Women's Health During COVID-19