MD or DO: Blurring the Lines between Osteopathic and Allopathic Medicine 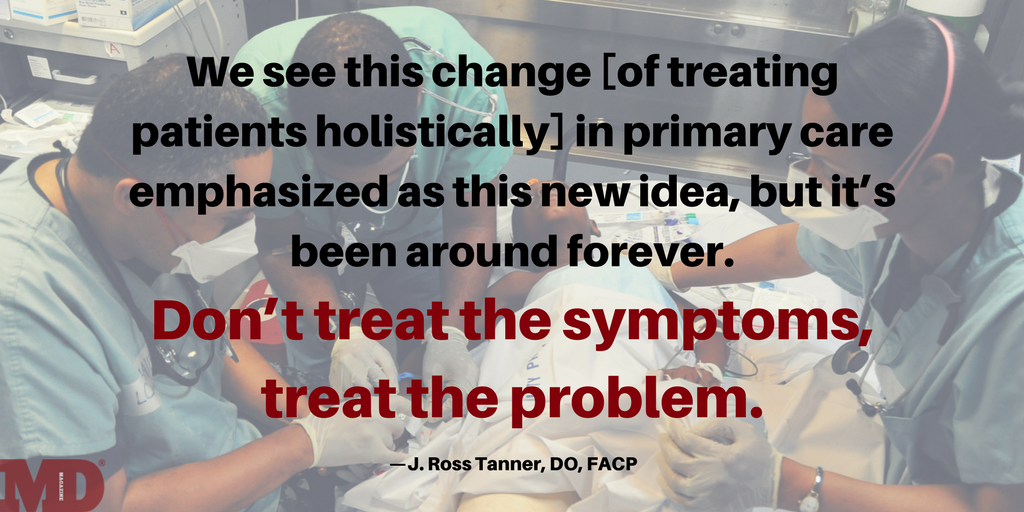 In July 1824, a fainting foot soldier was carted into a steaming-hot French hospital with a gaping stab wound in his gut. In the 14 hours that followed, he lost half of his blood supply—but it wasn’t because of the wound. Upon presentation at the hospital, his doctors recommended the treatment of course for such a patient: bloodletting.

About 80 days later, the soldier was discharged. The attending physician wrote, “by the large quantity of blood lost, amounting to 170 ounces, besides that drawn by the application of leeches, the life of the patient was preserved."1

Despite the beginnings of evidence-based medicine taking rise mid-19th century, defunct techniques like bloodletting, mercury therapy, and blistering were common until the late 1800s. They’re what led Andrew Taylor Still, DO, to break from convention in 1874 and found a distinct branch of medicine called osteopathy—one that would focus on treating the cause of illnesses, not their symptoms.

Like many new ideas, Still’s more holistic approach was met with resistance. But with time, it took root and grew. Osteopathic medicine adopted pharmacology and germ theory and emerged nearly 100 years later as allopathy’s equal, gaining licensure in the 1970s. 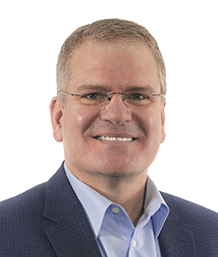 
As medicine trends toward treating the whole patient, the clinical community has essentially adopted the long-lived mantra of the DO, according to J. Ross Tanner, DO, FACP, medical director of the Diabetes and Lipids Clinic of Alaska.

“We see this change [of treating patients holistically] in primary care emphasized as this new idea, but it’s been around forever. Don’t treat the symptoms, treat the problem,” Tanner told MD Magazine. “People just want a doctor who will help them.”

There are more similarities than differences to be drawn between Doctors of Osteopathic Medicine (DO) and Doctors of Medicine (MD), and as time marches forward, the medical world seems to be warming up to that point, Tanner said. But that wasn’t always the case—there used to be (and still may be) stigma surrounding the DO degree. For decades, many believed it was second-rate.

Tanner was the first DO to hold many of his positions: first to be president of the Alaska State Medical Association, first in the Medical Insurance Exchange of California, the list goes on. But no matter how many successes, he attributes them to all to his internal drive to succeed and says that his DO never held him back.

“There is a misperception [you became a DO because] that’s all you could get into, and it’s just wrong. I was accepted to every medical school I applied to. I went [to the North Texas College of Osteopathic Medicine] because I wanted to,” he said. “I felt more at home and that I’d get a better education [there,] and I did.”

Like Tanner, Kevin Pantalone, DO, ECNU, FACE the director of clinical research in endocrinology at Cleveland Clinic, chose osteopathic medicine because it suited him and his style of learning. Pantalone attended the Ohio University College of Osteopathic Medicine, which offered 2 curriculum options: education through problem-based, independent learning, or in lecture halls. Pantalone jumped at the former opportunity. “You [could spend] 40 hours a week in a lecture hall,” he said, but “I’m not an auditory learner. I can’t just sit in a room and listen.”

Tanner said the DO route fit his personality as a generalist. It allowed him to focus on becoming a doctor first, then finding a specialty later. For Pantalone, the additional muscular and skeletal work allowed him to become comfortable with getting up close with patients.

It’s much the same for Hali Pearce, a DO candidate at the Alabama College of Osteopathic Medicine (ACOM). She always wanted to be a doctor, and said she wouldn’t mind having an “MD” after her name, if only for the prestige it garners. But she wanted to be more than just another one of the talented and skilled, but somewhat robotic physicians that are seemingly churned out of MD programs across the country every day.

“It felt like the [DO philosophy] incorporated treating the patient as a whole, instead of treating just the symptoms. My mindset has been the same,” she told MD Magazine. “There’s a certain focus on empathy, connecting—that’s just who I am. I think the training fit me.” 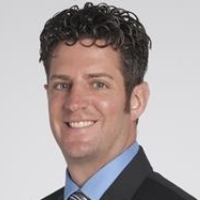 
While curriculums may vary, the degree options are not actually so different. As Pantalone puts it, “the only difference, really, between an MD school and a DO school is that DO students have to do extra work.” In addition to the medical training, they would receive in an MD program, DO candidates also learn osteopathic manipulative medicine—soft tissue techniques to treat disease through manipulation.

Now, the 2 branches of medical education have come to a head. The Accreditation Council for Graduate Medical Education (ACGME), the American Association of Colleges of Osteopathic Medicine, and the American Osteopathic Association (AOA) have agreed on a single accreditation system for medical students whether they attain an MD or DO, requiring all programs to complete the application process by 2020.

Many DOs say the transition of the 2 systems to a single system has made things more difficult for current students. Formerly, MD and DO students didn’t have to compete for residency spots, it was a choice in their application process. There was crossover—some MD programs accepted DO students—but for the most part, candidates didn’t have to worry much about stacking up to different degree programsm if they did not want to.

“Now we’re directly in competition. It might be easier in the long run to have one match and one test, but there are less DO-friendly programs now [in my experience],” Pearce said.

Now, if DO students chose a program that hadn't complete the application process in time, they feared the possibility of having to start their residency over. However, the AOA and ACGME have noted that if a candidate is in a program that does not achieve accreditation by the 2020 deadline, they will be allowed to complete their residency training, per an agreement between AOA and ACGME. Additionally, the programs that have not made significant progress toward the ACGME accreditation will be excluded from the 2019 AOA Match and were so for 2018.

“I would imagine in 5 to 10 years after the [merge], things will be the same with the amount of DO programs and the increasing popularity of them,” Pearce said.

DO programs continue to “explode” onto the scene, Tanner said—1 in every 5 medical students attends one.2 In 1990, there were roughly 31,000 practicing DOs in the United States, compared to almost 110,000 in 2017, with 19 states increasing the number of practicing DOs by more than 50% since 2011. In the last decade, the number of medical students graduating with a DO has increased by 68%.3

But as Pearce puts it, the issue faced by the DO is less about being viewed as equals, and more about a lack of awareness. “There needs to be more education about what a DO is,” she said. When she was applying for schools, Pearce didn’t figure out what a DO degree meant until she found herself sitting in interviews with colleges of osteopathic medicine. During her studies, she even encountered other medical students—candidates for MDs, even—who assumed that all DOs become chiropractors.

“There’s not enough advertising—there’s no education about it,” Pearce explained. “My parents saw a DO their whole lives and had no idea. If [people] saw my name as ‘Hali Pearce, DO,’ they would have no idea I’m a medical doctor.” 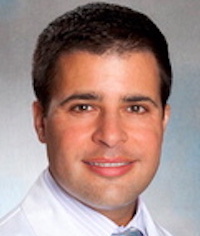 
The distinction is unclear for patients, too. “They just want to see a doctor. It doesn’t matter which you are, as long as you know what you’re doing,” Tanner said.

After more than a decade of experience, Pantalone has noted that the stigma around the degree has changed. As more DO programs pop up around the country, the odds of an MD working side by side with a DO are much, much higher. “We are now working much more integrated with our MD colleagues, so they see we’re really no different than them,” he said.

The trend towards integration and awareness has developed more slowly in the northeastern United States, where American medicine was born, Pearce said. Even with the academic merger, there are still residency programs that won’t take DO students.

“They don’t even like people outside the Ivy League,” she said. “There’s a list of programs that won’t take even the great DO candidates—the top of their classes. Harvard’s program doesn’t have a single DO.”

Old habits die hard, but Christian Ruff, MD, MPH, a professor of medicine at Harvard, is flexible. He takes referrals from DOs all the time, and can’t recall receiving a patient who wasn’t cared for properly. “I wouldn’t say that I’d be able to recognize a difference in the standard of care between a DO or an MD,” he told MD Magazine.

Ruff thinks things may be looking up for DOs. A decade ago, there wasn’t a single faculty member with a DO at Harvard Medical School, and while that has changed, “a bit,” Ruff still acknowledged that he could probably count faculty with DOs on one hand. “And they’re excellent. But, given that there’s some bias against them, they probably had to be the cream of the crop [to get a position],” he added.

The Reality of the Situation

According to the Association of American Medical Colleges (AAMC), almost 5500 physicians trained in DO programs enter the workforce annually. Many of them enter primary care—as OB/GYNs, family physicians, or internists—where the trend toward “treating the whole patient” has formed its biggest foothold and where a looming physician shortage is expected to hit the hardest. 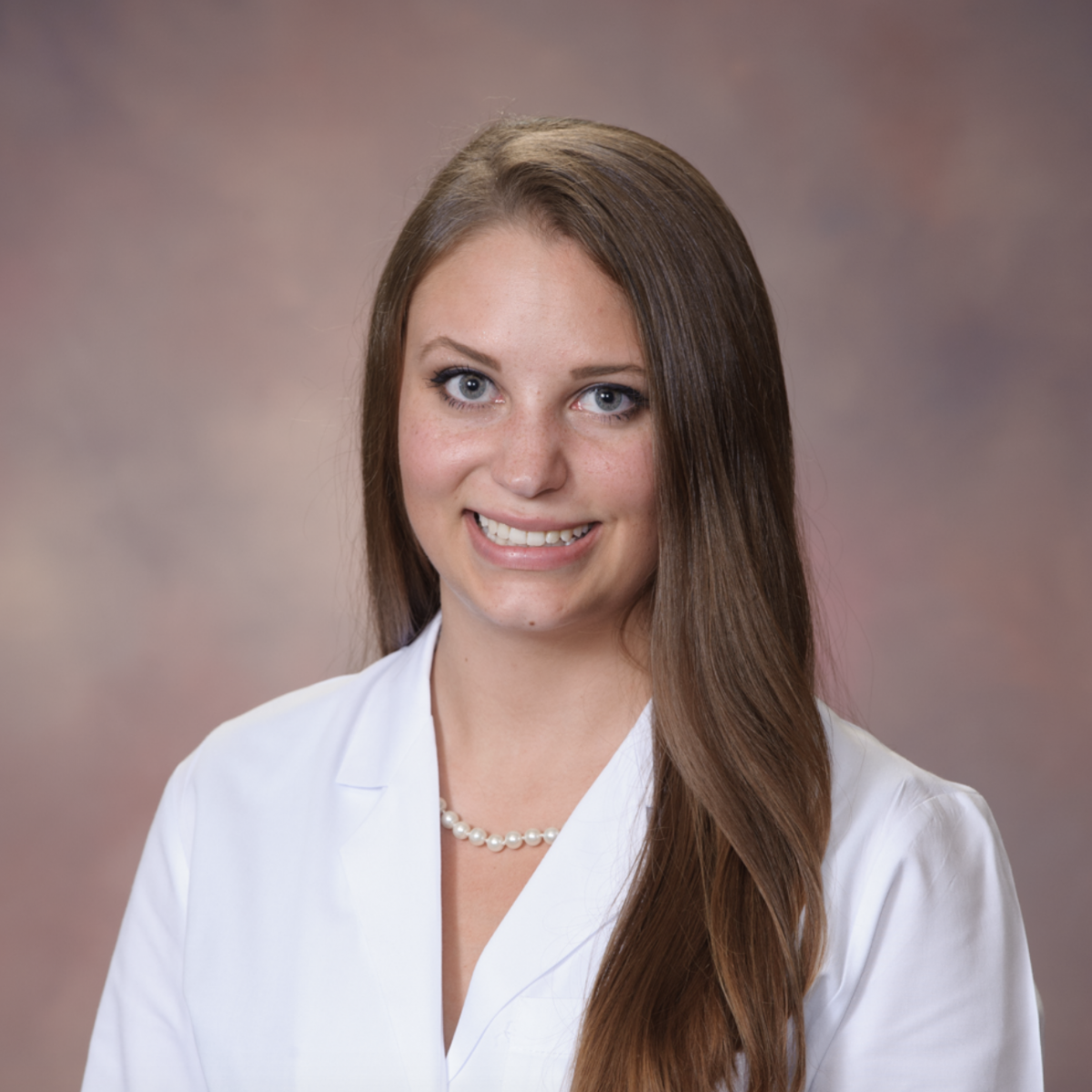 
If trends continue at their current pace, by 2030—the year the US is forecasted to face a shortage of more than 100,000 physicians—there could be 59,500 additional DOs entering the field, roughly 33,000 of which would enter primary care. Physician assistants, nurse practitioners, and pharmacists are “writing prescriptions now. Their roles are expanding,” Tanner said. “Everything goes back to this [point that] we’re not going to have enough primary care physicians, and the DOs schools are growing to help us out.”

Studies have shown that about 56% of DOs go into primary care practices. “The reality is that, over the past 20 years, people have applied directly to DO schools because they’re more interested in primary care—that’s where a lot of DOs, the majority of DOs, end up practicing,” Pantalone said. “And they’re more likely to stay in rural or underserved areas, according to the data that I’ve seen.”

Osteopathy has a stigma-riddled past, but it will inevitably help shape the future of medicine. For Pantalone and Tanner, the letters that follow a physician’s name are inconsequential. What matters is how they treat their patients, how they perform, and how they advance the field.

“Be in an environment that is conducive to you growing and practicing properly and effectively,” Tanner said. “That’s what matters.”

Tanner and Pantalone are living proof of the contributions of DOs. They have successful careers and have held esteemed positions at top institutions. But the future of the degree—and how it will compare with its counterpart—depends on those who embrace it. And while the osteopathic community has worked to become indistinguishable from the allopathic for more than century, the key to advancement may be due to its differences.