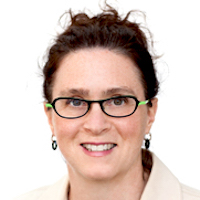 Among the sea of changes that women experience during pregnancy, one of the most difficult to navigate is postpartum depression (PPD). But when a new mother has asthma, a recent study found that they are at an even greater risk for developing PPD.

Around 4% to 8% of US pregnant women have asthma, according to the March of Dimes. When maternal asthma is uncontrolled, the mother is at increased risk for developing preeclampsia, premature birth, and low birthweight. The National Institute of Mental Health states that 15% of women who give birth develop PPD. The condition can emerge any time after childbirth, but typically happens between 1 week and 1 month postpartum.

Investigators of this study say that there are multiple sources of research supporting the association between asthma and depression among both men and women, but only a single study specifically evaluating a connection between PPD and asthma. However, the focus was not on maternal asthma.

The cohort for this study was selected from the QAPD (Quebec Asthma and Pregnancy Database), created to analyze the impact of asthma, asthma exacerbations and asthma medications on congenital defects. Individuals had to have at least 1 asthma diagnosis recorded in the government health insurance (RAMQ) or hospitalization data collected by the Canada’s Ministry of Health and Social Services (MED-ECHO) databases within 2 years before delivery. PPD was diagnosed using the definition provided by Statistics Canada.

Participants were selected for the study if they had deliveries in a Quebec hospital between January 1998 and March 2009, gestation age between 20-45 weeks, maternal age between 15-45 years old, and no diagnosis of chronic bronchitis, emphysema, chronic airway obstruction, tuberculosis, bronchiectasis, lung cancer, or cystic fibrosis up to 2 years before delivery.

The data collection period ran from the day of delivery and until PPD was diagnosed, death from any cause, end of follow-up period (1 year postpartum), end of study period (March 2010), or beginning of a new pregnancy.

Of note, the risk of PPD was higher in asthmatic women without a history of depression at both 3 months and 1 year postpartum.

Early exposure to stress that causes glucocorticoid resistance (induces inflammation), inflammatory cytokines, and the learned helpless model of depression are some possible reasons for the link, investigators noted.

In addition, some women may stop taking asthma medication for fear of harming their baby, which can cause a domino effect of uncontrolled asthma, anxiety, and depression. Data on asthma severity and or/control was not collected in this study.

“Women with asthma should be screened for postpartum depression and get more attention in order to detect it rapidly if present so it can be treated,” lead investigator Lucie Blais, PhD, of the University of Montreal, told MD Magazine®. “The next step for finding a causal link is to replicate the study in other populations.”

The study, “Risk of Postpartum Depression Among Women with Asthma”, was published in The Journal of Allergy and Clinical Immunology: In Practice.

Click here to sign up for more HCPLive® content and updates.
Related Coverage >>>
Notes from Rounds: On The Floor at SCCM's Annual Critical Care Congress
Study Suggests Women Should Avoid Macrolides During First Trimester
Vaping Guidance Aids Respiratory Disease Screening and Care
You May Also be Interested in
Most Popular
The Fear of the Coronavirus, and the Reality of the Flu
FDA Approves IV Meloxicam for Pain Management
Top 10 Painkillers in the US
Education is Key in Spreading Awareness of Rare Heart Condition
Apomorphine Helps Increase On Time Response for Parkinson Disease Patients