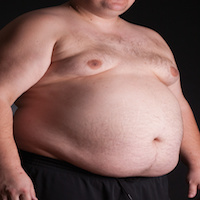 Massive weight loss (MWL) provides obvious health benefits, including reducing morbidity and mortality risks, but it brings some medical and psychological challenges as well. MWL patients are often left with excessive amounts of sagging skin, particularly in the thighs, under the arms, around the abdomen, and around the face. A study in Aesthetic Plastic Surgery examined the aging impacts of MWL, with or without accompanying plastic surgery.

There has been a fair amount of research about body contouring after bariatric surgery, but relatively little about outcomes of facelift following MWL. This is a growing and ongoing concern, given that the number of weight loss surgeries in the US continues to rise, and along with it the number of procedures specifically associated with it, including face lifts, tummy tucks, thigh and best lifts, and upper arm lifts. Having excess skin can be psychologically difficult for MWL patients, and it can make them appear older than they are.

The study was a retrospective review of 7 patients who underwent facelift after weight loss of greater than 100 pounds. Patient’s change in appearance was objectively evaluated using an apparent age model.

Forty blinded reviewers assessed photographs of 7 MWL and 11 non-MWL female patients, both before and after they underwent facial plastic surgery. The reviewers estimated the apparent age for each subject. Reduction in apparent age was calculated by comparing patient’s apparent age against actual age.

The study authors suggest that facelift following MWL enhances cervicofacial appearance and significantly reduces apparent age. These benefits could potentially ameliorate some of the lingering psychological impact for MWL patients.