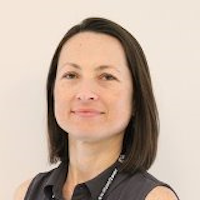 New findings from McGill University investigators have shown that patients with worsened metrics for baseline sleep quality are at a greater risk of long-term chronic obstructive pulmonary disease (COPD) exacerbations, based on data from the ongoing Canadian Cohort Obstructive Lung Disease (CanCOLD) study.

The results showing baseline poor sleep quality—as per the results of a patient questionnaire—was associated with increased patient risk for COPD exacerbation over at least 18 months, both symptomatically and on an event-based basis. But there's still more questions to address in the COPD-sleep condition overlap discussion.

In an interview with MD Magazine®, study author Marta Kaminska, MD, MSc, of the Respiratory Division and Sleep Laboratory at McGill University Health Center, discussed the new findings, how they influence our current understanding of pulmonary comorbidities, and what's next to assess.

MD Mag: This understanding of overlap between poor sleep quality and COPD is something that has been previously built upon. But what novel or critical findings did your team find in the CanCOLD assessment?

Kaminska: We found that poor sleep quality—based on a questionnaire—was related in a population-based cohort of COPD patients. It was associated with subsequent worsening of symptoms and exacerbation. This is a population-based cohort, so some of the COPD was undiagnosed—meaning there was reduced lung function spirometry but the patients weren’t necessarily ever told they have COPD.

What we found was poor sleep quality predicted future exacerbations over a period of 18 months. It seems the sleep symptoms may be related to actual control of the disease. We already routinely ask asthma patients about nocturnal symptoms, because this predicts asthma control. It looks like sleep quality also might be relevant whether a patient may run into subsequent exacerbated symptoms.

Of course, people who have an exacerbation, who may be more ill, may have more nocturnal and sleep symptoms, so this becomes a vicious circle. Having said that, we have followed up over 18 months, so it seems like poor sleep quality at baseline can tell us about the future.

The other thing is we were only able to do a questionnaire-based assessment of sleep quality in general, and there are obviously many factors related to sleep quality. We believe that one potential underlying issue might be sleep apnea and sleep-disordered breathing in these patients, because it has been shown in a different population of COPD patients—a more critical population—that sleep apnea, when identified and treated, could lead to reduced symptoms and hospitalizations.

This association of sleep dysfunction and worsened COPD can seem self-perpetuating. Is there a consistency or trend that indicates which occurs first in a patient?

It’s hard to tell. You take these patients one snapshot at a time, and it’s hard to go back and have any reliable data of their prior history. I would tend to think, just from critical information, that it can go both ways.

Certainly, patients with COPD, the more severe it is, the less likely they are to sleep. On the other hand, people who don’t sleep well for a variety of reasons may have risks of running into more problems. There are many mechanisms, a lot of biologic probability for why poor sleep could subsequently lead to further problems like worsened immunity, and therefore being more prone to infections and things like increased anxiety, inflammatory responses, and sleep-disordered breathing. These things can led to subsequent pulmonary inflammation.

The answer is both ways, and there’s mechanisms to both.

Regarding mechanisms of care, are there any comprehensive methods that could address both COPD exacerbations and sleep dysfunction?

It certainly depends on the sleep condition. For sleep apnea, definitely CPAP is the way to go. If it’s insomnia or other sleep-related issues, there may be other ways to go with pharmacologic or psychologic treatment, such as behavioral therapy.

Patients with COPD may be hypoxemic, they might have sleep disorders without having sleep apnea. It might be worth looking for that, then treating it with internal oxygen therapy. Patients who are hypercapnic—there’s studies suggesting BiPAP treatment for them if they’re also facing exacerbations, depending on other factors.

I guess the question is to identify the condition, and treat that specific sleep condition. The other thing is to also make sure the COPD is treated optimally, in terms of inhalers, respiratory rehab, smoking cessation—all these therapies to ensure the patient is treated optimally.

Is there any plan for follow-up or further assessment of these findings?

Not in the immediate future, but the cohort is certainly ongoing with a longer follow-up. Ideally, what we’d like to do is be able to is keep this study going and assess these patients in the future. But for the moment, the cohort is continuing, the data is continuing to accumulate with more prospective, long-term data. Eventually, we’ll hopefully to have more to look at the cohort.