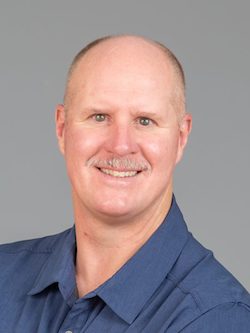 Mark A. Twardowski, DO

A small study out of a western Colorado endoscopy center has broken ground in reporting that patients who regularly use marijuana require significantly greater amounts of sedatives for endoscopic procedures.

Mark A. Twardowski, DO, an osteopathic internal medicine physician who practices at Western Medical Associates in Grand Junction, Colorado, began noticing that some of his patients required greater levels of fentanyl, midazolam, or propofol for sedation before a procedure.

"Marijuana has been recreationally legal in Colorado for several years and in doing endoscopy procedures we thought we were seeing a trend that folks who were using marijuana regularly were requiring more medication to sedate them for the procedures,” Twardowski told MD Magazine®.

He and his colleagues, Margaret M. Link, MSN, RN, CRNI, and Nicole M. Twardowski, BS, found that patients reporting regular marijuana use, whether smoked or consumed, required substantially more sedative medication. That result appeared to hold across age, sex, and alcohol, benzodiazepine, and opiate use.

The retrospective study pulled from the medical record of 250 adult patients randomly chosen from 1158 cases performed by Twardowski from 2015 to 2017. Of those, 25 patients reported marijuana use on a daily or weekly basis and were considered regular users.

"The really interesting thing is that in all 3 drugs—which are from 3 completely different drug classes—marijuana use seemed to have an effect,” Twardowski pointed out. “So, what is it at the receptor level that allows the effect to carry across 3 different types of drugs? That's very unique and needs to be studied.”

Twardowski said he hopes others will join him and his team in this research, especially basic scientists who can look at marijuana’s effects at the receptor level. A literature search pulled just one other small study and a couple case studies on this topic, leaving ample room for more investigative work. Twardowski compared this study to opening a Pandora’s box of questions.

Some questions Twardowski brought up concern pain management. "If you're giving somebody a hydrocodone or an oxycodone and they're a marijuana user, are we not really treating their pain because those medications are somehow mitigated by the use of marijuana?” he asked. He also mentioned the possibility that benzodiazepines used to treat anxiety and other psychiatric issues could be affected, causing issues for marijuana users who rely on those medications.

Twardowski doesn’t intend to leave all the work to others, however. In the next phase of his research the team will study a greater number of cases and broaden the number of sedative medications they evaluate. He mentioned ketamine as possibility for further study.

While the study is limited by the small sample of marijuana users, the investigators noted that the legalization of recreational marijuana use in several states means users in those places will become more likely to report use.

Twardowski said that he and his colleagues are excited about the degree of interest their research has sparked. “I really hope that we get lots of good research emanating from this little study in western Colorado,” he said.

The study, “Effects of Cannabis Use on Sedation Requirements for Endoscopic Procedures,” was published in the Journal of the American Osteopathic Association.

Click here to sign up for more MD Magazine content and updates.
Related Coverage >>>
Medical Marijuana Could Improve Sleep Quality for Chronic Pain Patients
Marijuana Use Prevalent Among Cardiovascular Disease Patients
NKTR-181 Program Cancelled Following FDA Committee Vote
You May Also be Interested in
Most Popular
Overcoming Physician Burnout During the Winter
Geographic Variation in Procedure Use Among Medicare Recipients
This Is How HIV Enters the Nucleus of Immune System Cells
Use of IL-23 Inhibitors to Treat Plaque Psoriasis
Minorities Disproportionately Cared for in ICU