Marijuana Use More Common Among Adults with Medical Conditions 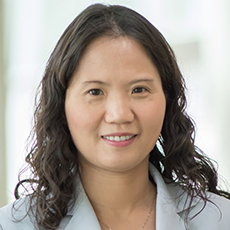 More than 1 in 10 US adults aged 18-34 years old with a medical condition smoke marijuana on a daily basis, according to a new survey.

An assessment of data from the 2016 and 2017 Behavioral Risk Factor Surveillance System telephone surveys found adults with medical conditions were more likely to report current marijuana use than those without conditions. The study—which also found correlations between decreasing overall marijuana use and increasing adult age—shows a need to better interpret how patients are using marijuana relative to possible medical conditions.

Hongying Dai, PhD, of the Nebraska Medical Center; and Kimber P. Richter, PhD, of the University of Kansas Medical Center, observed the prevalence and pattern of marijuana use among surveyed adults. Adults were stratified by whether they did or did not have medical conditions and their sociodemographic group.

Observing the past month and daily marijuana use, Dai and Richter sought to understand the associations between marijuana use, and the types and rate of medical conditions users have.

Investigators observed that the perceived harm and benefits of marijuana use may vary widely across the age groups, as previous studies have shown older adults are more likely to perceive the drug as addictive and harmful to health.

Almost one-half (45.5%) of people with medical conditions who use marijuana said they do so for medical purposes—a greater rate than marijuana users without medical conditions. That said, investigators reiterated the point that the majority were not strictly seeking therapeutic benefit. They noted the risks for adverse health outcomes associated with the drug—including worsened respiratory symptoms, impaired short-term memory, and increased risk of psychiatry illness and addiction.

Dai and Richter called for greater surveillance of marijuana use among physician’s patients, and advised they adopt means by which to consistently address marijuana use, its benefits, and its risks.

The burden is not strictly on physicians to better inform patients, however.

“Policy makers should monitor health claims made by merchants and perceptions of benefits among consumers to ensure that patients—especially those with existing medical conditions—understand the evolving knowledge base regarding the risks and benefits of marijuana consumption,” they concluded.

The study, “A National Survey of Marijuana Use Among US Adults With Medical Conditions, 2016-2017,” was published online in JAMA Network Open.

Click here to sign up for more HCPLive® content and updates.
Related Coverage >>>
FDA Approves Tau Imaging Agent for Alzheimer Disease
Jelena Kunovac, MD: Aripiprazole Lauroxil to Treat Schizophrenia
Muthiah Vaduganathan, MD: Real-World Impact of Comprehensive HFrEF Therapy
You May Also be Interested in
Most Popular
Immunotherapies at the Forefront of COVID-19 Treatment Research
Top 10 Painkillers in the US
The Sad Truth about Bankruptcy
Get Carried Away with Transportation Investing
Online Options for Charitable Shopping