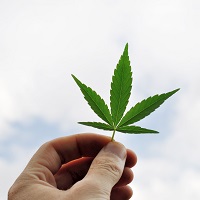 Medical marijuana is used to treat the symptoms of conditions such as cancer and multiple sclerosis, but now a different form of the drug has been found to have positive effects on broken bones.

Researchers from Tel Aviv University and Hebrew University analyzed non-psychotropic component cannabinoid cannabidiol (CBD) as a new medical application of marijuana. Previous research by the team determined that the skeleton is regulated by cannabinoids and outside non-psychogenic compounds can influence it as well.

“We only respond to cannabis because we are built with intrinsic compounds and receptors that can also be activated by compounds in the cannabis plant,” one of the lead authors Yankel Gabet, PhD, of Tel Aviv University, said in a news release.

The team used rats with mid-femoral fractures, as described in the Journal of Bone and Mineral Research. One group was injected with just CBD while the other had both CBD and THC (tetrahydrocannabinol) – the psychoactive component of cannabis.

After four weeks, the fracture callus size decreased and by six to eight weeks later it hit the control level. Not only did the application enhance the healing process, but THC was not necessary to do so. Fourier transform infrared (FTIR) spectroscopy verified the findings.

“We found that CBD alone makes bones stronger during healing, enhancing the maturation of the collagenous matrix, which provides the basis for new mineralization of bone tissue,” Gabet confirmed. “After being treated with CBD, the healed bone will be harder to break in the future.”

The authors noted that other studies also showed that CBD is safe andwill continue with clinical trials to affirm efficiency of the agent.

“The clinical potential of cannabinoid-related compounds is simply undeniable at this point,” Gabet concluded.