Many Women with Fibromyalgia Suffer from Pelvic Pain 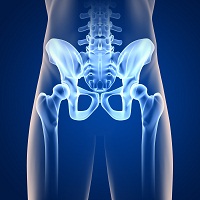 When more and more women with fibromyalgia began seeking care for pelvic pain syndromes, researchers from Oregon Health & Science University set out to examine the connection in a larger group of patients.

Fibromyalgia causes widespread pain, fatigue, and even psychological problems. The chronic condition is more prevalent in females than males and typically targets middle-aged adults. Comorbidities in these patients, such as headache, sleep problems, and other pain syndromes, are not uncommon. Recent research found that pelvic floor and urinary distress is also prevalent in women with fibromyalgia.

The FIQR questions were designed to measure fibromyalgia severity by asking patients about their symptoms and difficulty levels with certain activities.

These findings indicate that women with fibromyalgia have significant pelvic floor and urinary symptoms. These kinds of validated questionnaires can be incorporated into the typical clinical practice.

“Fibromyalgia management should include evaluation and treatment of pelvic floor disorders recognizing that pelvic distress and urinary symptoms are associated with more severe fibromyalgia symptoms,” the authors advised.