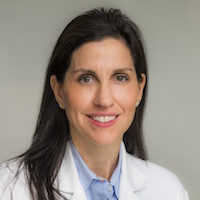 Lisa Ipp, MD
College students may be the most susceptible population to influenza this season.

According to data from the National Foundation for Infectious Diseases (NFID), just 46% of college students aged between 18 and 24 years old said they typically get the annual flu vaccination.

The data, from an online Harris Poll survey of 1,005 US undergraduate students, found the student population has varying misconceptions and reasons to not get the annual flu vaccine. The results give concern to officials, who note that the high-touch areas and close living spaces associated with US college campuses give students a greater risk of contracting the virus.

Lisa Ipp, MD, Associate Director of Adolescent Medicine and Associate Professor of Clinical Pediatrics at Weill Cornell Medicine, told MD Magazine that NFID researchers had previously been dedicated to looking at the flu’s effect on elderly population. Her curiosity — especially following a college community flu summit last spring — pertained to why college students were not getting vaccinated.

What she found was that only between 8% and 39% of college students do get vaccinated for the flu. This contrasted the 70% who believed it is important to get the annual vaccine.

Ipp noted the irony in an equal portion of participating students believing the vaccine could cause the flu, and that they would not get the flu without a vaccine. She said the reasons are something clinicians hear anecdotally, and could combat directly.

“The education piece is v important to dispel the misconception,” Ipp said. “Educating them can just go a long way.”

There’s also a clear lack of direct education on the vaccine’s efficacy and safety for college students. Nearly half (48%) of those surveyed said they relied on the advice from parents, guardians or family members. Less (44%) said they were advised by healthcare professionals.

In states such as New York, adolescents under 18 years older are required to get parent consent for flu vaccine administration, Ipp noted. Any parent’s or guardian’s reluctance for vaccination could carry over until a child is college-bound. Her hope is that physician visits prior to a student headed to college — which are usually mandated by colleges — will begin implementing an emphasis on vaccination.

“That’s an opportunity where we have them,” Ipp said. “We’d love to give them the vaccination right then and there, but seasonally speaking, we wouldn’t have the right strain yet.”

The concern for the low rates among college populations culminated in the flu summit held last spring, and has led to other efforts of outreach, such as Ipp’s blog post contribution during NFID’s National Influenza Vaccination Week this week. The issue is pressing, due to the virus’ susceptibility in a setting like college campuses, Ipp said.

“By not getting the vaccine, they’re not just putting themselves at risk, but putting their classmates at risk also,” Ipp said.

A majority of students surveyed noted that low or no costs for vaccines would increase their likelihood of getting it — as would monetary incentive. Ipp and organizers are considering campus-to-campus flu fairs, as well as improved access to the vaccine at student centers, to implement for next fall. Though she can’t estimate an ideal improvement in vaccinated rates, she hopes to see it by this time next year.

“I think we could do a lot better,” Ipp said.

A press release regarding the survey results was made available.

Click here to sign up for more MD Magazine content and updates.
Related Coverage >>>
Investigators Link Farm Proximity Residence to C. Difficile
The 10 Most Read Articles of 2019
HCV-Positive Hearts Could Increase Donor Pools
You May Also be Interested in
Most Popular
Long-term Therapy with Norfloxacin Improves Advanced Liver Disease Prognosis
Top 10 Painkillers in the US
When to Suspect Diarrhea is Symptom of a Clostridium Difficile
Ebola: Virus "Easily Inhaled"?
FDA Approves Semaglutide Injection for Cardiovascular Risk Reduction