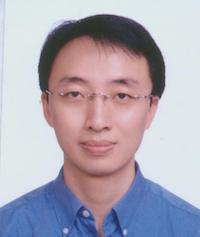 Schizophrenia remains 1 of the more difficult mental health disorders to treat, with many first-choice medication selections resulting in relapses or non-adherence.

A team, led by Chi-Shin Wu, MD, PhD, Department of Psychiatry at the National Taiwan University Hospital & College of Medicine, examined whether an individualized treatment rule can be developed using administrative date to improve the antipsychotic medication selection for patients with first-episode schizophrenia.

There is currently little guidance as to how to select antipsychotic medications for patients with first-episode schizophrenia.

In the prognostic study, the investigators examined the records of 32,777 Taiwanese patients with first-episode schizophrenia from Taiwan’s National Health Insurance Research Database on patients with prescribed antipsychotic medications, ambulatory claims, or discharge diagnoses of a schizophrenia between January 2005 and December 2011.

The investigators sought main outcomes of treatment success as defined by not switching medication and not being hospitalized for 12 months.

The estimated treatment success if all patients were given a prescription for 1 medication was significantly lower for each of the 13 medications in the study than under the individualized treatment rule (Z = 4.2-16.8; all P < .001).

Aripiprazole (3088 [31.9%]) and amisulpride (2920 [30.2%]) were the medications most often recommended using the new machine learning method. However, only 1054 patients (10.9%) received individualized treatment rule-recommended medications.

“These results suggest that an [individualized treatment rule] may be associated with an increase in the treatment success rate among patients with first-episode schizophrenia, but experimental evaluation is needed to confirm this possibility,” the authors wrote. “If confirmed, model refinement that investigates biomarkers, clinical observations, and patient reports as additional predictors in iterative pragmatic trials would be needed before clinical implementation.”

Between 33-72% of this patient population changed medications or discontinued treatment in the 12 months following initiation due to insufficient efficacy or adverse effects. Inadequate treatment increases the risk of both relapse and poor long-term functional outcomes.

The study, “Development and Validation of a Machine Learning Individualized Treatment Rule in First-Episode Schizophrenia,” was published online in JAMA Network Open.

Click here to sign up for more HCPLive® content and updates.
Related Coverage >>>
Parental Therapy Helps Children with Anxiety
Add-On Dupilumab Significantly Clears Pediatric Eczema Skin
Early Antibiotics Could Influence Pediatric Asthma Risk
You May Also be Interested in
Most Popular
Limited Supply of Chloroquine, Hydroxychloroquine Could Affect COVID-19 Use
Flu Cases Near 30 Million in the US, CDC Reports
Comparing RT-PCR and Chest CT for Diagnosing COVID-19
Gastrointestinal Issues Could Help Diagnose Coronavirus
Why Does This Patient Have a Hyperlucent Right Lung and Rib Deformities?