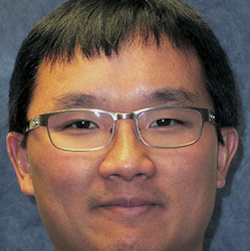 Investigators have applied a machine-learning technique to substantially reduce the uncertainty in gestational age estimation.

“Compared to existing techniques, the new method results in a three- to five-fold reduction in uncertainty in determining gestational age,” Aris Papageorghiou, MBChB, MRCOG, said in a statement.

The investigators aimed to improve estimates of fetal gestational age and provide personalized predictions for future growth. They used a machine-learning algorithm originally developed to make ultra-slow-motion movies on exploding molecules. They used data from a global study on the health of mothers and babies during pregnancy and through the child’s second year. The study, International Fetal and Newborn Growth Consortium for the 21st Century included a sample of healthy, well-nourished participants in a large, multicenter, population-based study that involved a network of more than 300 researchers and clinicians from 27 institutions in 18 countries.

For the final method, the algorithm was given fetal biometric measures from 2 visits without timing information and was asked to forecast the time of a subsequent scan of the fetus. To assess the accuracy of the algorithm, it was trained and tested with data from the Fetal Growth Longitudinal Study.

The investigators estimated gestational age between 20 and 30 weeks of gestation with a 95% confidence interval within 3 days. They used the measurements made in a 10-week window spanning the second and third pregnancy trimesters. Fetal gestational age was estimated in the 20-30 gestational age window with a prediction interval three- to five-times better than with any previous algorithm.

“This will enable improved management of individual pregnancies,” Fung and the team wrote.

Further, six-week forecasts of growth trajectory for a given fetus were accurate to within 7 days, which the study authors noted could help identify at-risk fetuses more accurately than currently possible. Higher accuracy was expected to improve fetal growth charts and population health assessments.

“Applying this technique to neonatal health has the potential to improve management of individual pregnancies, and boost population-level health,” corresponding author Abbas Ourmazd, PhD, said in a statement.

The study, “Achieving accurate estimates of fetal gestational age and personalised predictions of fetal growth based on data from an international prospective cohort study: a population-based machine learning study,” was published online on The Lancet Digital Health.

Click here to sign up for more HCPLive® content and updates.
Related Coverage >>>
Banafsheh Kashani, MD: Uterine Fibroids and the Importance of FDA Approvals
Insufficient Data to Accurately Monitor Most At-Risk Communities for Flu
Baloxavir Effective in Preventing Spread of Flu
You May Also be Interested in
Most Popular
Denise Daley, PhD: Early Asthma Interventions for Infants
Safety Concerns With Biologics During the COVID-19 Pandemic
Epilepsy Drug May Protect Against Optic Neuritis in Multiple Sclerosis
There Might Be Too Much Emphasis on Risk Factors for Hepatitis C Screening
Visual Impairment, Dementia Are Detrimental to Independence of Older Adults