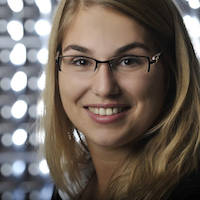 A recent analysis proved machine learning and a web-based game could help identify a child's risk of dyslexia.

Maria Rauschenberger, PhD, and a team of investigators developed the web game, MusVis, to measure the differences in the interactions of children with and without dyslexia while identifying both visual and musical elements. The team aimed to detect the condition through interactions that did not require a knowledge of language.

The findings showed a .74 accuracy for German and .69 for Spanish language, and highlighted the method could be used to detect possible learning disorders in children even before they develop language skills, which could result in early intervention.

“To our knowledge, this is the first time the risk of dyslexia has been analyzed by means of a web game based on language-independent contents and using machine learning,” Rauschenberger, from Pompeu Fabra University in Spain, said in a statement.

The team of investigators designed MusVis based on the assumption non-linguistic content such as rhythm and frequency could represent difficulties children with dyslexia have with writing and reading. They felt dyslexia could be measured through total number of clicks or play duration.

The language-independent game content was created with an auditory and visual part, each with 4 stages. Each stage had 2 rounds, which brought the total to 16 rounds for the whole game. In each stage there was a round with 4 cards and then 6 cards. The overall game took about 10 minutes to play.

The auditory part of the game was inspired by a game called “Memory,” in which pairs of identical cards were face down and had to be turned over. The team assigned each stage to 1 acoustic parameter like frequency, rhythm, rise time, and length. Each stage had 3 auditory cues.

The visual game used 'Whac-A-Mole' interaction with independent visual cues. The visual cues were designed with the potential of making more cues with similar features to represent horizontal and vertical symmetries known to be difficult for a person with dyslexia.

There were 4 stages in the visual part. Each stage was assigned to 1 visual type (symbol, z, rectangle, face) and 4 visual cues for each stage. In each stage, there were 2 rounds with first, a four-squared and then a nine-squared design. The target and distractors were displayed to fit the design.

“Since children with dyslexia need about 2 years to offset their difficulties, our method, as it is language-independent, could help reduce school failure, delayed treatment and, most importantly, reduce the suffering of children and parents," Rauschenberg concluded.

Future research should include more children at an early age to expand the training data for the predictive models and improve the results.

The study, “Screening Risk of Dyslexia through a Web-Game using Language-Independent Content and Machine Learning,” was published online in W4A Proceedings.