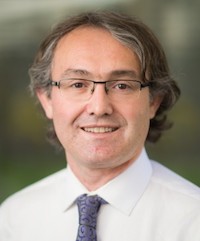 Children have been successfully treated with for inherited vision loss at the University of Michigan’s Kellogg Eye Center. Luxturna, the first therapy to treat this genetic disorder, was approved by the FDA in late 2017. Just 10 centers in the United States offer the procedure.

The Kellogg retinal dystrophy team administered Luxturna through retinal surgery, which in itself carries a risk for cataract and increased eye pressure, they explained.

The team’s first patient, a 7-year-old girl named Emma Kate Roden had been diagnosed with Leber’s congenital amaurosis. Her parents were told she could be completely blind by age 20, so she is learning braille in school and the family installed night lights in every room because she can’t see after dark.

The team first treated her left eye, using a needle to deliver the drug containing a corrected synthetic copy of a gene known as RPE65 directly under the retina. It was a two-hour procedure, they said. Roden’s right eye was treated a week later using the same process. After each procedure, she was monitored for any signs of infection or inflammation.

The Kellogg team also treated a 6-year-old from Michigan. The surgeries have been considered a success, the team said.

Besirli believes that the sooner patients receive treatment, the less vision loss they may have to endure.

“We are amazed by how brave our young pediatric patients are and the remarkable support provided by their families during this entire process,” Besirli said. “Gene therapy requires a huge commitment by the entire family, with extensive amount of testing before and after surgery for each eye and numerous visits to our clinic to monitor recovery. We also appreciate the exceptional team work and countless hours that were spent by our colleagues at U-M to bring this cutting-edge treatment to our patients.”

Before Luxturna, there were no available cures for any of the inherited retinal diseases. The most that doctors could do was offer visual aids for those with retinal dystrophies. Besirli said that as Luxturna is in its infancy, it is an exciting time.

“This could open a brand-new world for her,” said Katie Roden, Emma Kate’s mother. “Even if her vision isn’t like everyone else’s, I want her to be as independent as possible, and not hold back from doing anything she wants in life.”

The University of Michigan posted an article about the process, “Gene Therapy Treatment Targets Rare Mutation Tied to Blindness.”