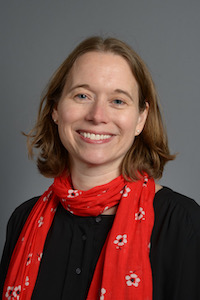 Colleen M. Heflin, PhD
One of the most damaging repercussions of poverty is having to choose between buying food and buying medication, a choice that far too many people have to make. It can be especially disastrous for those managing chronic diseases, such as asthma.

For a recent study, Colleen M. Heflin, PhD, Professor of Public Administration and International Affairs at Syracuse University, was interested in any links between the timing of SNAP (Supplemental Nutritional Assistance Program) benefits and emergency department treatment for childhood asthma. What she found was correlation between higher SNAP benefits and lower emergency department visits for asthma in children.

“There is evidence that participants in SNAP exhaust their benefits early in the month and often experience reduced food consumption at the end of the month,” Heflin told MD Magazine®. “I wanted to see if there were any observable health consequences to these monthly fluctuations in food consumption.”

According to the Centers for Disease Control and Prevention (CDC), one in 10 children under the age of 18 have asthma. The burden of asthma is highest on African-American children, who are 6 times more likely to die of asthma.

The Asthma and Allergy Foundation of America (AAFA) published their 2018 Asthma Capitals report, ranking the 100 largest cities where it is a challenge to manage asthma. The report also highlighted the 8 risk factors that can worsen asthma, which include poverty, lack of health insurance, and access to specialists.

For this study, Heflin and her colleagues evaluated SNAP participation patterns among children who were admitted to the ER for asthma using data from the Missouri Department of Social Services between January 2010 and December 2013. Only SNAP data linked to Medicaid claims for ER visits were included.

The generalizability of the findings is limited to states with a similar demographic composition to Missouri, which is slightly less diverse, in terms of the Hispanic population, than the national average.

“Our research does suggest that low-income households with children may not adhere to at-home treatments at the first sign of childhood respiratory distress in order to preserve financial resources for other essential needs, such as food,” said Heflin.

In the course of her research, Heflin said that she has found different relationships between SNAP benefit timing and benefit generosity with a number of disease conditions.

“It’s important to consider the role that within-month fluctuations in food consumption may have on adherence to medical protocols, disease progression, and healthcare utilization,” she said.

The study, “SNAP benefits and childhood asthma”, was published in Social Science and Medicine.

Click here to sign up for more HCPLive® content and updates.
Related Coverage >>>
Vaping Guidance Aids Respiratory Disease Screening and Care
Benralizumab Beneficial for High Eosinophil, Uncontrolled COPD Patients
Tweet Chat on Healthcare System Improvement Scheduled for February 17
You May Also be Interested in
Most Popular
The Fear of the Coronavirus, and the Reality of the Flu
Top 10 Painkillers in the US
European Trial to Investigate Exocrine Pancreatic Insufficiency in Patients with Type 2 Diabetes Mellitus
Plant-Based Diet Linked to Improved Gut Microbiome, Cardiovascular Health
Machine Learning Model Could Predict Outcomes Following Cardiac Arrest