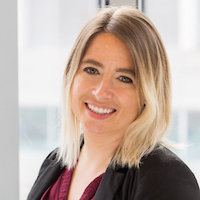 Editor's Note: JAMA reported a correction to the findings data due to a major coding error. This article has been updated on April 22, 2020 to reflect the correction.

Investigators, led by Jennifer C. Gander, PhD, Emory University School of Medicine, examined 1.5 million patients with incident end-stage kidney disease treated at 6511 US dialysis facilities from the US Renal Data System between 2000-2016, which was merged with dialysis facility-level data from the Dialysis Facility Compare in 2016 and the Dialysis Facility Report between 2013-2016.

“Among US patients with end-stage kidney disease, receiving dialysis at for-profit facilities compared with nonprofit facilities was associated with a lower likelihood of accessing kidney transplantation,” the authors wrote.

The team said further studies are warranted for a better understanding of the mechanism behind the association between for-profit facilities and a lower likelihood of accessing kidneys for transplants.

As of 2016, there are 700,000 adults in the US with end-stage kidney disease. However, only 14% of patients with this infliction are placed on the deceased donor kidney transplantation waiting list or receive transplants within 1 year of diagnosis.

The study, "Association Between Dialysis Facility Ownership and Access to Kidney Transplantation," was published online in JAMA.