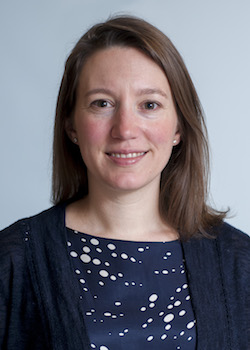 Although patients with HIV typically could experience additional health problems at any age, a report from Massachusetts General Hospital (MGH) found that becoming infected with the virus around the time of birth carries serious health risks.

There are currently around 10,000 people who were perinatally infected with HIV living in the United States. The researchers looked at 1,446 of these patients gathered from 2 studies. Not only did the study conclude that these patients have other health problems and worse HIV control, but they also have an increased risk of death.

“Despite being engaged in health care, the number of deaths among youth born with HIV in the US is 6 to 12 times higher than for youth without HIV of the same age, sex, and race,” lead author, Anne Neilan, MD, MPH, (photo) of the MGH Division of Infectious Diseases and the Medical Practice Evaluation Center, said in a news release.

“This is the first generation of perinatally HIV-infected youth living to adulthood, and they are some of the most inspirations, resilient individuals you have ever met,” said co-author, George Seage III, DSc, of the Harvard T. H. Chan School of Public Health.

Over the average follow-up of 4.9 years, there were higher incidences of stage B and C events, as defined by the US Centers for Disease Control and Prevention (CDC), as well as bacterial infections for patients with lower CD4 cell counts. The researchers noted that this was expected.

“Adolescents infected with HIV – either at birth or later in life – experience poorer health outcomes compared to adults with HIV in nearly every respect,” Neilan continued. “The good news is that among those with good HIV control, serious health problems are rare.”

“This may suggest a biological mechanism for increased STDs or may reflect that patients who have difficulty with their medications are also engaging in more frequent risky sexual behaviors,” said senior author, Andrea Ciaranello, MD, MPH, of the MGH Division of Infectious Disease.

The researchers advise that strengthen services for adolescents and young adults, as well as understanding their special needs, can help tackle HIV stigma and get patients on antiretroviral therapy.

The study, “Association of Risk of Viremia, Immunosuppression, Serious Clinical Events, and Mortality With Increasing Age in Perinatally Human Immunodeficiency Virus–Infected Youth,” was published in the Journal of the American Medical Association (JAMA) Pediatrics. The news release was provided by MGH.