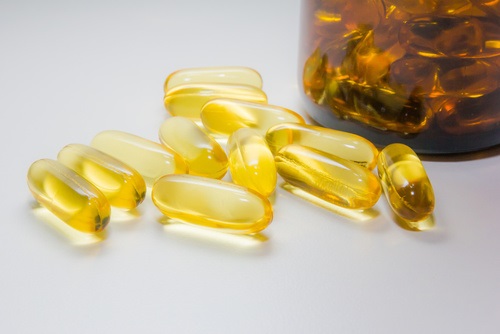 Noninfectious uveitis may be a sign of immune system dysfunction. Since vitamin D plays a role in regulating that system, a team of Harvard researchers set out to see if there was an association between vitamin D levels and the eye ailment.

Writing in JAMA Opthalmology, Lucia Sobrin, MD, MPH, of Massachusetts Eye and Ear in Boston and colleagues there and at Harvard Medical School found there is an association--but not enough evidence yet to show that a lack of the vitamin causes uveitis.

In a  case-control retrospective study the team identified patients with and without non-infectious uveitis using their center's medical records from March 1, 2008 through December 12, 2015.

In a group of 100 patients and 100 controls, they found that the odds of developing uveitis were 4% lower for every 1-ng/mL increase in vitamin D level.

"Lower vitamin D levels were associated with an increased risk of noninfectious anterior uveitis," they wrote, adding "However, this does not confirm a causal effect."

Since vitamin D levels are affected by exposure to sunlight and vary with patients' skin pigmentation, they also allowed for those factors.

Though they could not prove in their study that lacking the vitamin caused uveitis, the researchers said their data provide "supportive evidence for the potential causal role of hypovitaminosis D" and that the data "add to the increasing body of literature showing that vitamin D may play a role in autoimmune disease."

Vitamin D acts as an immune modulator in both the innate and adaptive immune system.

"It is hypothesized to be a key environmental factor in the etiology of T-cell-mediated autoimmune diseases by inhibiting Th1 and Th17 cell development," they noted.

They also noted that vitamin D treatment trials are being conducted to see if supplements would help in "various autoimmune conditions including multiple sclerosis."

Their findings are significantly intriguing to make a case for a longitudinal prospective study to see if vitamin D could prevent or treat uveitis, the team concluded.