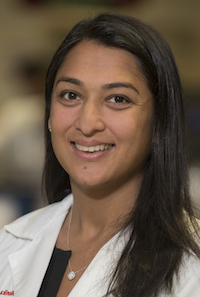 Using de-identified data from the Pediatric Health Information system, researchers accessed information for pelvic inflammatory disease cases from 48 children’s hospitals across the US. From 2010 to 2015, there were 10,698 diagnosed cases of PID among women 12 to 21 years old.

Additionally, the screening rates varied widely between the hospitals included in the study. Testing for HIV ranged from 2.6%–60.4%, and a similar range was found in screening for syphilis (2.9%–62.2%).

“We were quite surprised by the degree of variation among hospitals with respect to screening rates for these 2 sexually transmitted infections,” Goyal told MD Mag. “It was beyond the scope of this study to evaluate the reasons for such variation, but this would be important to explore in future work.”

The study authors noted that in a study of Medicaid-enrolled adults, 42.6% of patients with sexually transmitted infections (STIs) or PID were screened for HIV. They suggested that clinicians may be more hesitant to screen adolescents because of confidentiality concerns.

“For instance, there may be a concern that clinicians may be unable to confidentially notify patients of laboratory results after ED discharge or that parents or caregivers may become aware of STI testing when reviewing hospital or insurance bills,” wrote the study authors.

The authors also pointed out that higher rates of screening among African American and non-privately insured patients may reflect clinicians’ biased associations of STIs with minority or low-income populations.

“This is a topic that has not received a great deal of research attention for this age group,” said Goyal. “Now that we know more about the frequency of screening among young women, our future research will seek to develop interventions to increase screening rates for HIV and syphilis among adolescents at risk for infection.”

The study, “HIV and Syphilis Screening Among Adolescents Diagnosed With Pelvic Inflammatory Disease,” has been published in Pediatrics.