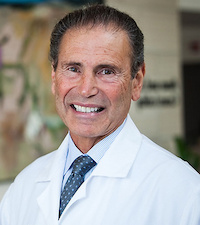 The supplemental findings indicate the blood-thinning therapy could reduce risk to some of the most common conditions associated with HF, coronary artery disease (CAD), and sinus rhythm.

In the initial COMMANDER HF trial—which sought to assess the benefits of low-dose rivaroxaban in patients with HF and CAD following a decompensated HF episode—the therapy failed to reduce patient risk for all-cause mortality, myocardial infarction (MI), or stroke, nor cardiovascular-related death and HF hospitalization.

But because low-dose rivaroxaban was shown to be beneficial for morbidity and mortality risk reductions for similar patients in other trials, investigators hypothesized that many of the COMMANDER HF trail participant deaths were not affected by antithrombotic therapy due to their association with patient pump failure.

“Regardless, there is evidence that patients with HF and CAD are at increased risk for atherothrombotic events, and it is possible that an effect of rivaroxaban on thromboembolic events in the COMMANDER HF trial might have been masked by pump failure deaths that drove the primary outcome,” they wrote.

The investigators—led by Barry Greenberg, MD, of the Cardiology Division at the University of California’s Department of Medicine—reassessed the 5022 HF and CAD patients randomized 1:1 post-discharge to either twice-daily 2.5 mg oral rivaroxaban or placebo plus standard therapy. They analyzed patients’ thromboembolic composites, which included MI, ischemic stroke, sudden death, symptomatic pulmonary embolism, or symptomatic deep venous thrombosis.

Greenberg and colleagues noted the incidence of MI and stroke in patients from COMMANDER HF was also similar to those reported in similar rivaroxaban assessments. In an essay accompanying the study, Marvin A. Konstam, MD, of the CardioVascular Center at Tufts Medical Center, said it’s still not enough to give definitive evidence of rivaroxaban’s antithrombotic benefit in patients with HF.

“Their analysis also displays the complexity of estimating net clinical benefit for a finding with important reduction in nonfatal morbidity in which potential for harm also exists,” he wrote. “Despite strong rationale and investigations dating to the 1950s, we still do not have definitive evidence to drive clinical practice in this important area.”

Nonetheless, he praised the study’s makeup as a potential “turning point” toward trial design that could lead to a final answer.

“This analysis enriches our evidence base while leaving the question of antithrombotic benefit in HF unresolved,” Konstam wrote. “It raises several important questions. With the inability to demonstrate improvement in a broader combination of morbid events, what would be the relevance to clinical care of replicating the authors’ findings?”

Investigators echoed such conclusions, noting that confirmation via prospective, randomized clinical trials is still needed to definitely establish the role of low-dose rivaroxaban in reducing thromboembolic events in patients with HF.

The study, "Association of Rivaroxaban With Thromboembolic Events in Patients With Heart Failure, Coronary Disease, and Sinus Rhythm," was published online in JAMA Cardiology.