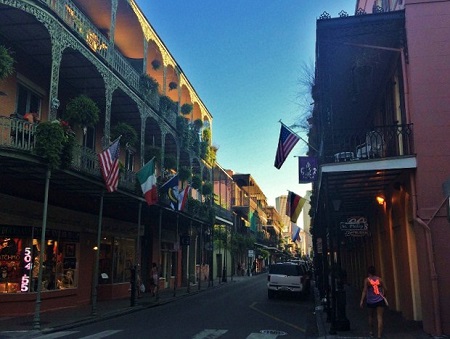 A new partnership between the Louisiana Department of Health and Asegua Therapeutics will provide a payment model designed to complement the state’s agenda to eliminate the hepatitis C virus (HCV) from its population.

The model, announced this week, will likely benefit the 39,000-patient population infected with HCV among Louisiana’s Medicaid program and prison system. It will allow the state to purchase an unlimited amount of direct-acting antiviral (DAA) therapy from Asegua—a subsidiary of Gilead Sciences—over a five-year contracted period.

The state will be provided the authorized generic of Epclusa (sofosbuvir/velpatasvir) for its Medicaid and Department of Corrections patient populations—who constitute the populations often at the greatest difficulty to access care for HCV, Gregg Alton, chief patient officer at Gilead, said.

“We are committed to supporting efforts to eliminate hepatitis C in communities around the world and are excited to partner with the visionary leaders in Louisiana to make this public health opportunity a reality in this state,” Alton said in a statement.

The payment model caps a six-month venture by the state to seek and secure a pharmaceutical partner willing to provide a payment-capped rate of DAA therapy for Louisiana’s in-need patients. Asegua was originally announced as their selected partner in April, and their formally agreed-to plan is intent on beginning immediately.

“An elimination plan and innovative payment model will ensure that we can cure this deadly disease and prevent long-term illness and disability in those who have it,” Rebekah Gee, MD, secretary of the Louisiana Department of Health, said. “The Department of Health’s goal is to treat at least 31,000 people by the end of 2024 and eventually eliminate this disease.”

The state intends to bridge collaboration between the Department of Health and Department of Corrections to ensure incarcerated patients continue to receive screening and treatment through local healthcare providers following their release. Officials also expressed hope the DAA access will result in reduced infection spread in susceptible communities including prisons.

Gov. John Bel Edwards said in a statement the agreement made it important day not only for all involved parties, but for the afflicted patients and their family previously without reasonable treatment options.

“Asegua was willing to come to the table to work with us to help Louisiana residents and we are pleased to initiate this five-year partnership,” Edwards said. “Ultimately, our goal is to eliminate this disease in Louisiana, and we have taken a big step forward in that effort.”