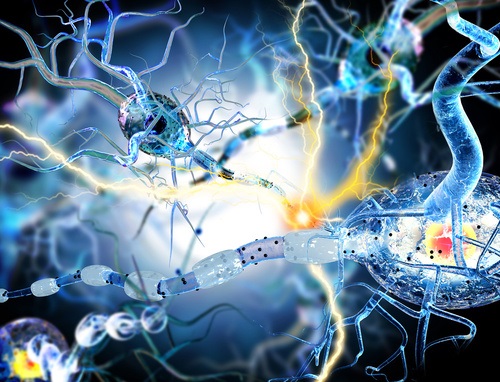 A diminished sense of smell, common among multiple sclerosis (MS) patients, may be tied to disease severity.

A three-year-long study on 20 patients with MS indicates that roughly half of all patients with MS may have a reduced sense of smell and that olfactory impairment may be a marker for disease progression.

Sense of smell remained roughly unchanged over the study period. The baseline Threshold Discrimination Index test indicated that half of the cohort (10 patients) suffered hyposmia, while the final test returned the same results for 45% of the patients (nine patients). Sense of taste also remained roughly constant during the study period. The baseline test and the final test both found gustatory dysfunction in 20% of the cohort.

Overall, the patients in the study showed only mild disease activity and suffered an average of 0.3 ± 0.5 relapses during the study period. There was no significant correlation between their sense of taste and levels of disease activity, but olfactory function correlated inversely with the number of relapses that patients typically suffered over the three years (r = -0.5; p ≤ 0.05). There was also a significant connection between an impaired sense of taste and impaired sense of smell; 75% of patients who suffered the former problem also suffered the latter problem.

The investigators used 48 Sniffin’ Sticks with a 16-stage dilution series of n-butanol to measure how well cohort members could smell. Patients tried to identify everyday odors such as “fish” or “coffee.” A score of less than 16 points was rated as anosmia, while up to 30.5 points was rated as hyposmia and a score above that was rated normosmia. The patients also estimated their smell function on a visual analogue scale ranging from 0 to 10 points. The 16-part tasting test used strips to evaluate the ability to discern sweet, sour, salty and bitter, each at four different concentrations.

As the authors of the new paper mentioned, this is not the first study to link multiple sclerosis with an impaired sense of smell. An autopsy study reported demyelination in both the inferior frontal cortex and the olfactory bulb or tract of 70.6% of pathologically confirmed multiple sclerosis cases. Another four studies have noted significantly elevated rates of olfactory impairment among multiple sclerosis patients, although the reported percentage of patients suffering such problems ranged all the way from a low of 11% to a high of 41%.

The authors of the new study, who believe they are the first to perform a longitudinal study on the sense of taste and smell of more than five patients with multiple sclerosis, speculated that the treatment taken by cohort members may explain why the cohort’s olfactory performance remained constant throughout the study period.

“Longitudinal Testing of Olfactory and Gustatory Function in Patients with Multiple Sclerosis” appeared in PLOS One.

Click here to sign up for more HCPLive® content and updates.
Related Coverage >>>
Investigators Test Treatment Regimens for Psychiatric Disorders with Insomnia
Childhood Sleep Issues Foreshadow Psychosis, Borderline Personality Disorder
Biogen Submits BLA for Investigational Alzheimer Disease Agent
You May Also be Interested in
Most Popular
Denise Daley, PhD: Early Asthma Interventions for Infants
When to Suspect Diarrhea is Symptom of a Clostridium Difficile
Top 10 Painkillers in the US
The 10 Worst Cities For Skin Health
Flu Cases Near 30 Million in the US, CDC Reports