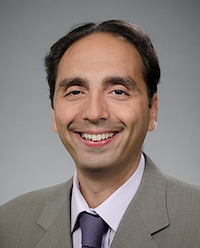 Investigators recognize sustained virologic response (SVR) of hepatitis C virus (HCV) as a valid clinical endpoint of direct-acting antiviral (DAA) treatment, but question how it relates to long-term health and to the hepatic and extrahepatic complications of HCV infection.

"Documentation of the potential benefits of viral clearance is critical to determine the true utility of HCV therapy," Ioannou and Feld declare. "However, even if SVR leads to unequivocal clinical benefit, there may be significant methodological challenges to prove this case."

The investigators found that clinical trials that compared outcomes of patients who did or did not receive DAA treatment, compiled in a review, had a mean combined intervention and follow-up period of only 34 weeks, which they judged insufficient to ascertain differences in long-term benefit and mortality.

"The only meaningful conclusion of this systematic review was that we cannot determine he long-term effects of DAA-based antiviral treatments from available randomized controlled trials," Ioannou and Feld indicated.

Instead, the investigators turned to long-term observational studies. They distinguished these into 3 categories but found potential confounding factors in each. Studies in one category compared clinical outcomes among patients who achieved DAA-induced SVR with those who did not and were limited by confounding bias. Another group of studies compared patients treated with DAAs to those receiving interferon (IFN)-based regimens, with the primary confounding factor of patients with advanced liver disease not receiving the IFN treatments. A third group compared those treated with DAAs to those not receiving treatment, but these were liable to have considerable selection bias according to the investigators.

From these data sources, Ioannou and Feld determined the significance of attaining SVR for long-term health, and/or the adequacy of available studies to allow such determination, including the following: "These findings are of great importance and have major policy implications," they pointed out, "they could justify broadening access to all infected individuals regardless of liver disease stage." "It will be important to determine whether their liver function can improve, whether there is a point of no return, and what that point is in individual patients," Ioannou and Feld wrote. "It is a challenge to determine whether DAAs increase HCC recurrence, from a study design standpoint," Ioannou and Feld stated. "Caution is advised when counseling patients about the risk of HCC recurrence after antiviral treatment."

The investigators also considered several long-term extrahepatic conditions associated with HCV infection, in addition to quality of life measures and patient-reported outcomes. They conclude that while SVR is a relevant clinical end point, further studies are required to confirm its importance among diverse HCV-infected populations.

"Continued demonstration that SVR matters will help move the needle on the progress toward global elimination of HCV infection," Ioannou and Feld indicated.

The paper, “What Are the Benefits of a Sustained Virologic Response to Direct-Acting Antiviral Therapy for Hepatitis C Virus Infection,” was published in Gastroenterology.