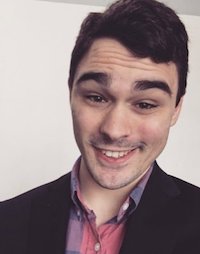 Will Goedel
A long-acting injectable version of the popular and highly effective HIV prophylactic could be an effective method to prevent transmission of the virus, according to new research.

Scientists at Brown University and Yale University developed a model to evaluate the use of an injectable version of pre-exposure prophylaxis (PrEP) taken every other month against the current oral version, which is taken daily.

Long-acting injectable PrEP (LAI-PrEP) is currently the subject of phase 3 clinical trials, but it has been shown to be effective in animal models.

Will Goedel, a doctoral student at Brown and the study’s second author, said while oral PrEP can reduce the risk of HIV acquisition by as much as 96%, the pill is not ideal for everyone.

“Remembering to take a pill every day can be a challenge for some people for a variety of reasons (i.e., daily routines changing, traveling, simply forgetting),” he told MD Magazine. “It might be challenging for some people if they're in a situation where they need to take their pill in front of other people and don't want to be perceived as promiscuous or HIV-positive.”

The study is based on a simulation of HIV transmission among 11,245 men who have sex with men in the Atlanta area. Using data on LAI-PrEP from macaque models, the researchers modeled rates of HIV transmission under a scenario in which 35% of the patients were using PrEP. LAI-PrEP was evaluated against oral PrEP and no PrEP. The data were modeled for a 10-year period, from 2015-2024.

The injectable version of PrEP led to a 44% reduction in HIV transmission, according to the model. Oral PrEP cut transmission by 33%. Goedel said the findings are encouraging.

“If it works in humans like it worked in macaques, long-acting injectable PrEP (LAI-PrEP) could be equally effective as oral PrEP,” he said. “If effective in humans, LAI-PrEP will provide a new HIV prevention option in addition to oral PrEP as well as condoms. Receiving an injection every 2 months can take away the burden associated with remembering to take a pill every day.”

Brandon D. L. Marshall, associate professor of epidemiology at Brown University, and the study’s lead author, said the 35% coverage is an “aspirational” coverage level, though he said it’s in line with the coverage levels used in other models.

Marshall added that while the study has promising findings, it’s not yet clear how an injectable version would perform in humans, both physiologically and in terms of adherence.

“Unfortunately, it’s too early to tell how LAI-PrEP could be administered in real-world settings,” he said. “Results from the phase 3 trial likely won’t be available until 2021.”

Goedel said there are potential drawbacks to the injection.

“Some people don't like injections, and in phase 2 trials, patients reported mild-to-moderate injection site pain that may affect someone’s likelihood of continuing to receive the medication,” he said. “People might worry about the possibility of it ‘wearing off’ if they come in late for their follow-up appointments.”

Indeed, Goedel said a number of important questions remain regarding the long-lasting nature of the drug.

“[I]t's unclear how long the drug might stay in someone's system, so the ‘long tail’ problem of waning drug concentrations, and the subsequent potential for drug resistance, is likely an issue when people discontinue,” he said.

The study, “Potential effectiveness of long-acting injectable pre-exposure prophylaxis for HIV prevention in men who have sex with men: a modelling study,” was published last month in The Lancet HIV.