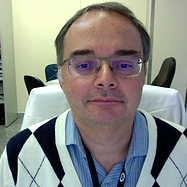 New data from an open-label study is shedding light on the long-term safety and efficacy of evolocumab (Repatha) for the treatment of familial hypercholesterolemia (FH).

Results of the study supported the use of evolocumab for FH—finding the therapy was both well-tolerated and showcased the ability to reduce plasma LDL-C levels in patients with either phenotype of FH over a median of 4.1 years of follow-up.

With evolocumab being the only PCSK9 inhibitor therapy currently approved as an adjunct to diet and maximally tolerated statin therapy for both homozygous FH (HoFH) and heterozygous FH (HeFH), an international team of investigators, led by Raul D. Santos, MD, MSc, PhD, sought to assess the long-term efficacy and safety of the therapy through a single-arm, open-label study.

The Trial Assessing Long Term Use of PCSK9 Inhibitor in Subjects with Genetic LDL Disorders (TAUSSIG) was designed by investigators to assess evolocumab in 300 patients—of which 106 had HoFH and 194 had HeFH.

For inclusion in TAUSSIG, patients needed to be at least 12 years of age and to have received lip-lowering therapy for 4 weeks or longer. Participants were also required to have a baseline LDL-C of 130 mg/dl or more; baseline LDL-C of 100 mg/dl or more with a diagnosis of coronary heart disease or risk equivalent; or to have been undergoing biweekly aphaeresis treatment.

Study protocol dictated visits would occur every 12 weeks until the end of the study. Assessments of fasting lipids, adverse events, and antievolocumab antibodies were performed at each visit. The study was designed to last until week 260 but investigators noted it was terminated early as Amgen—the trial’s sponsor—determined sufficient data on the long-term safety and efficacy had been collected.

Two dosing regimens were established for the study. Patients received subcutaneous evolocumab 420 mg monthly or 420 mg every 2 weeks if on lipoprotein apheresis—after 12 weeks, patients not on apheresis could be up-titrated to 420 mg every 2 weeks. The primary endpoint of the study was the incidence of treatment-emergent adverse events and the secondary outcomes were changes in LDL-c and other lipids at each visit.

At the end of the study, the median follow-up time was 4.1 years and 268 (89.3%) of patients experienced treatment-emergent adverse events and 11 people discontinued evolocumab and a result of the adverse event. The most common type of adverse event was nasopharyngitis followed by influenza, upper respiratory tract infection, headache, myalgia, and diarrhea.

A cohort of 32 patients had positively adjudicated cardiovascular events, which correlated with an annualized event rate of 2.7 per year—2.8% in the HoFH group and 2.6% in the severe HeFH group. Additionally, 48 nonapheresis patients up-titrated to 420 mg every 2 weeks and this resulted in a subsequent LDL-C change from baseline of -19.6% at week 12 to -29.7% at week 24.

Investigators noted multiple limitations in their analysis, including a lack of a control arm; early termination of the trial; lack of blinding; and the small number of patients who could be assessed beyond 4 years. Furthermore, the 420 mg every 2 weeks dosing is currently not approved in the US and other countries.

The study, “Long-Term Evolocumab in Patients With Familial Hypercholesterolemia,” was published online in JACC.

Click here to sign up for more HCPLive® content and updates.
Related Coverage >>>
Study Examines Link Between Folate Levels and CV Risk in RA Patients
Bempedoic Acid and Ezetimibe Combination Approved by FDA for Lowering LDL-C
DocTalk Podcast: Prescribing Bempedoic Acid with Christie Ballantyne, MD
You May Also be Interested in
Most Popular
The Fear of the Coronavirus, and the Reality of the Flu
Maternal Vitamin D Deficiency Increases Risk of ADHD in Offspring
Hospitalists Taking Advantage of the iPhone
Top 10 Painkillers in the US
Tonsil Removal Surgery Could Have Negative Impact on Patient Immune System