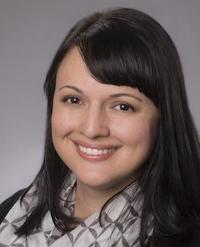 Direct-acting antiviral (DAA) treatment of hepatitis C virus (HCV) infection prior to liver transplant does not increase pre-transplant liver cancer progression or post-transplant recurrence, according to a new study of both waitlist patients and liver transplant (LT) recipients.

The investigators characterized the study as one of the first examinations of the impact of DAA treatment on liver transplant recipients with hepatocellular carcinoma (HCC), both pre- and post-LT.

Juliet Emamaullee, MD, PhD, who was in the Division of Transplantation, Department of Surgery, University of Alberta, Edmonton, Canada, at the time of the study, explained how this investigation helped resolve speculation over whether DAA treatment contributes to HCC, in discussion with MD Magazine®.

"As a result of this study, it has been the practice of our center to attempt HCV eradication in all HCV-positive patients prior to liver transplant, if they will tolerate it," Emamaullee said. "In our experience, HCV eradication did not impact the rate of HCC recurrence post-LT."

Emamaullee and colleagues conducted a retrospective review of patients in one institution who were on the liver transplant waitlist for HCV-induced cirrhosis between January 2014 and December 2015, and had records available for a minimum 2-year follow-up through December 2017. LT was conducted in 128 of these patients, of which 44 were HCV-positive and 30 (68.2%) also had hepatocellular carcinoma. Patients on the waiting list or who received a LT in the study period but did not have a diagnosis of HCV-induced cirrhosis served as a control group.

The investigators found that there was no difference with DAA treatment in HCC recurrence rates post-LT, whether patients achieved SVR pre- or post-LT, nor measurable effect on HCC progression pre-LT. HCV eradication did not result in higher rates of delisting for HCC progression.

"The importance of our study is that the Canadian system does not use Milan or UCSF criteria to select patients with HCC for LT," Emamaullee commented. "Instead, we utilize a different algorithm which takes into account the total tumor volume and AFP level. As a result, around 50% of our patients are beyond Milan criteria at the time of transplant, based on having multifocal, small volume disease.”

"Many would consider this to be a higher risk population for HCC recurrence," Emamaullee said. "If HCV eradication resulted in early recurrence of HCC, it should be even more evident in our patient population."

With the absence of association between DAA and HCC in this population, the investigators concluded, "this study supports the strategy that HCV eradication can be attempted prior to LT in patients with HCC, with no apparent increase risk of HCC recurrence."

The study, “HCV Eradication with Direct-Acting Antivirals Does Not Impact HCC Progression on the Waiting List or HCC Recurrence after Liver Transplantation,” was published in the Canadian Journal of Gastroenterology and Hepatology.