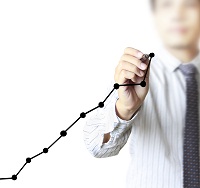 The hepatitis C virus has contributed to an increased rate in liver cancer and related deaths during a time when overall cancer deaths continue to decline, according to the Centers for Disease Control and Prevention (CDC).

Among both women and men combined, overall cancer rates decreased by 1.5% each year for nearly a decade, from 2003 to 2012, according to the Annual Report to the Nation on the Status of Cancer (1975-2012). The report is a collaborative publication prepared by the CDC, along with the American Cancer Society, the National Cancer Institute, and the North American Association of Central Cancer Registries.

Prevention and early detection efforts have led to the ongoing decline in cancer incidence, which are new cancer cases that are diagnosed per 100,000 people in the United States, according to a CDC release. By contrast, new cases of liver cancer are heading skyward.

“The latest data show many cancer prevention programs are working and saving lives,” CDC Director Tom Frieden, MD, MPH, stated in the release. “But the growing burden of liver cancer is troublesome. We need to do more work promoting hepatitis testing, treatment, and vaccination.”

In the U.S. the incidence of liver cancer rose an average of 2.3% each year overall during the four-year period from 2008 to 2012. Among women the liver cancer death rate per year increased an average of 3.4% while the rise was slightly lower among men at 2.8% per year, according to the release.